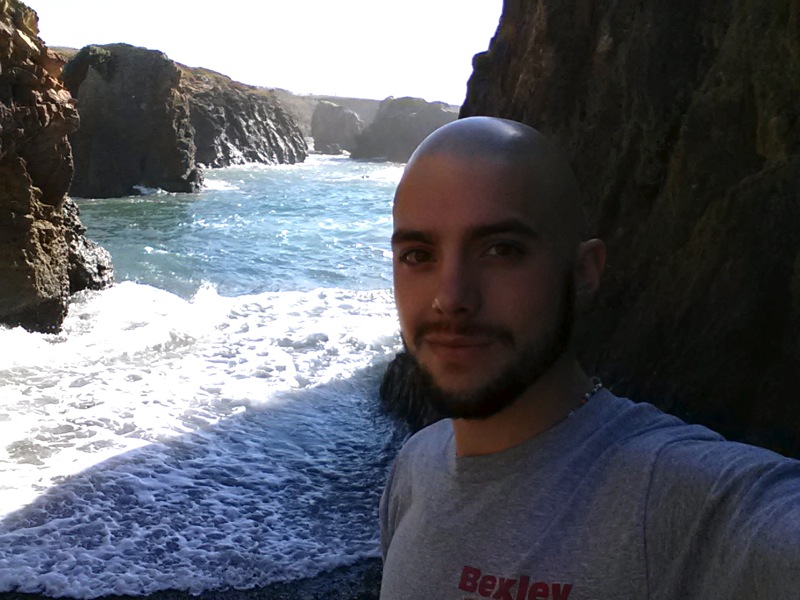 If you were to ask me who I am, I would be perfectly honest in my response.

I’m still working on that, come back later.

I could tell you who I hope to be, or possibly how I’ve been changing recently, but that’s pretty much the topic of this blog. No, unfortunately the nearest thing that I can offer now is a brief description of who I’ve been in the past.

I’ve never been accused of thinking conventionally. My train of thought was never “in the box” to begin with. Even as a young child, I would perceive and focus on things that my peers wouldn’t. This, as is the case for many unfortunate children, has often led to my teachers questioning my devotion to the subjects they were ramming down our teaching (which, to be fair, I usually didn’t give two hoots about any of it).

Therefore, being diagnosed early on with Attention Deficit Disorder – and later on with depression – I’ve had my fair share of bullshit medical labels that I’ve had to overcome in my 24 years on this planet. Fortunately, I eventually figured out that I face no sort of “attention deficit” at all; rather, my attention has simply always been directed at topics that have actually interested me. And as far as my “depression” is concerned, well it just so happens that I’m merely a human who’s been living in a society that’s inundated with toxic levels of negativity, despair, and FEAR. But I’ll post more on that stuff later.

I’ve always had a bit of an entrepreneurial spirit. My first business venture was a beef jerky company that I started with a friend in the 6th grade, called BE Jerky (Ben & Eddie’s Jerky). I experienced a very lucrative first season (month), and had even begun to acquire some competition from other students – though none could compete with my attention to detail. I’d even gone to the extent of vacuum-sealing my homemade jerky, with packets that included labels, ingredients lists, and an easy-open tab.

Unfortunately, my partner dropped out fairly early on, and I became increasingly concerned about FDA intervention, so I folded. But that would light a fire that still continues to burn to this day. I’ve spent thousands of hours since then in researching, planning, and initiating elaborate business ideas, which have ranged from attempting to breed Veiled Chameleons to offering quarter-lending services to my peers for our middle school’s vending machines.

Rather than following my dreams of self-reliance and financial creativity straight out of high school, I ended up going to college. Like I was supposed to.

After getting a degree, I contracted for a year with a fantastic AV installation company in Columbus, Ohio, called Demmer Audio Video Solutions, up until we went into an extensive slow period. At that point, I thought it wise to simply go home to Pittsburgh, PA for a bit, to ponder the purpose of my existence.

Sure, I flopped around like a dying fish for a while when I moved back in with my family. But I stayed active. Suddenly remembering my childhood dream of becoming an entrepreneur (and realizing that I didn’t like leaving my financial stability in the hands of anyone else), I set to work starting my own business – this time for real.

I cycled through three different business plans over the course of the year that I spent with my family.

The first was Origin Luminescence, an accent lighting company that designed and manufactured decorative LED light fixtures. It wasn’t long, however, before I realized that running an intensive manufacturing operation out of a wooden shack with an extension cord wasn’t an ideal situation. I also figured out that, in order to actually cut a profit, I would have to invest some SERIOUS capital first. I needed to begin my career with something smaller – something that would be cheap to start and simple to get off the ground.

What could fit the bill better than a greeting card company? The Affectionate Jackass was born.

All that I needed was a website. Thus, I learned the basics of web design (with the help of CodeAcademy.com) and launched the company on April 1st, 2015.

No sales. I hit another financial roadblock, realizing that – even after learning how to do everything by myself – I still needed an investment in order to get a successful marketing campaign off the ground.

Attempt number three was less of a unique business and more of a way to exploit an unexplored skill that I had recently been dabbling in: copywriting. So I created BenDAmico.com. I then designed, printed, and even wax sealed my own promotional self-mailers, and sent them to 50 local small businesses. I began a cold-calling campaign, for which I called 150 businesses over the course of two weeks. I did receive one response, but even that work would eventually slow down. For once, I was completely at a loss, and had nothing to try next.

It was at this time that I began to read more, mostly on self-improvement. It began with The Untethered Soul, though continued on to other remarkably influential books like the Law of Attraction, and The Four Agreements. I finally began to see an important, recurring truth.

I would need to establish my sense of security from the inside out, rather than trying to make my outside world completely “perfect.” I’d need to stop dwelling on what I didn’t have, or what I hadn’t succeeded at yet. And in order to do these things, I realized that it would require a brief escape from the constant negativity that consumes our society and everyone in it.

And thus, I realized that my life was about to take on a great change. Little did I know that it would eventually become my Journey of Fear.