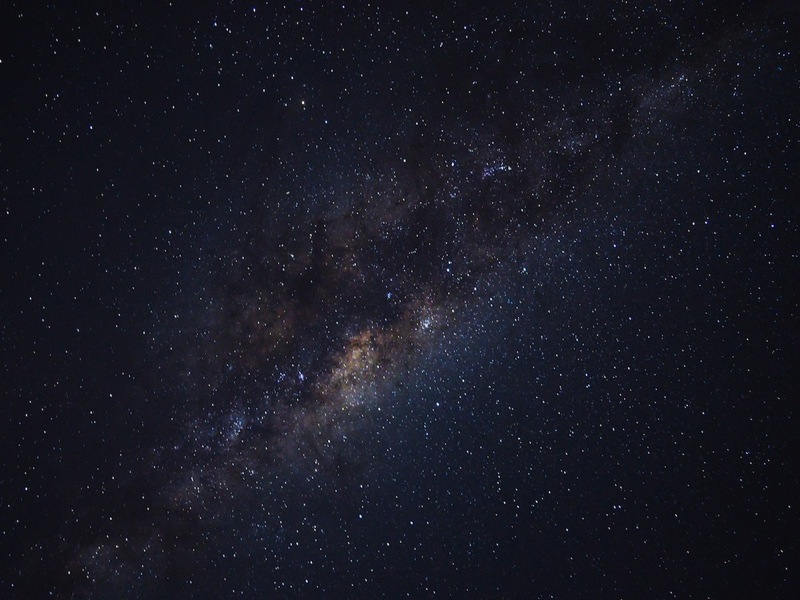 “Everything alright?” I asked as I approached the pickup truck. My guard was up.

The man who had pulled up next to where I was parked responded by asking me the same question.

“Yeah,” I replied. “I’m just taking a few pictures of the moon.”

“Oh. You probably shouldn’t do that here.”

I was all ears.

“We’ve had problems with smuggling around here the last couple years,” he said, cautiously eying both me and the RV4 from behind his cellphone – which he still held up to his ear as he spoke. “Yeah,” he went on.

“A guy was shot about fifty feet from where you’re standing right now, just a couple months ago.”

He pointed his thumb back towards the house of the Drunken Farmer. “It was that guy who shot ’em.”

“Ah. I see.” I couldn’t muster much better of a response. Truthfully, this just seemed to fit in perfectly with how Kansas had been treating me that day – and I no longer gave a damn.

I politely informed the gentleman that I had already asked his trigger-happy neighbor if I could park there, so I would stay for a little while longer. Again, he tried to persuade me that my life was on the line. And again, I didn’t care.

As he drove off, I sauntered back to the other side of the RV4 and leaned against it. It was smothered in a fine layer of dust from the dirt roads that I’d been hauling down that night.

I pondered the fact that the farmer I’d met earlier had most likely believed me to be a cattle smuggler, and how he probably had a 12-guage shotgun hidden just out of sight while I was talking to him. Didn’t care.

I’m not sure if it was so much Kansas that had won that night. Rather, it was life that I was giving in to. And it was teaching me a powerful and critical lesson:

Fight all you want. Kick and fuss about how piss-poor the view is from where you’re standing, or how you aren’t where you wanted to be by this point.

But you’re only going to give yourself an ulcer, before life does something to remind you that you’re not in control.

i.e. bringing you within seconds of having a hole blown through you, without you even knowing about it until afterwards.

As I glanced up at the sky, again contemplating the fact that I was just one drunken trigger-pull away from being another Kansas statistic, I laughed.

Most people probably wouldn’t have. In fact, most people might have taken the man’s advice and high-tailed it out of there. But like I said, I no longer gave a damn. Kansas had broken my will to get my own way or to worry about my current state of affairs.

Now I just wanted to sit and look at the stars, regardless of the possible consequences.

After a short while of getting lost in the beauty of the sky, I decided that it was time to get out of this place – truthfully, the thought of having any more interesting encounters out there was what catalyzed my decision.

I turned the RV4 around and drove back the way that I came from, for about 5-10 minutes. But then I decided to stop. I wanted to see the stars again, just one more time.

I pulled off to the side of the dirt road, halfway through a pasture, and got out. I took another few minutes to stare at the glowing milky way, soaking up the tingling sensations of freedom and excitement that it gave me, deep in my gut.

That is, until I heard a pack of coyotes baying and yipping in the field behind me.

“Ok, now I’m ready to go,” I thought to myself. I’d gotten enough of a view. Now, I was ready to leave Kansas – though this time, it wasn’t out of disgust, or even fear for that matter (though the idea of having an immense pack of wild dogs that close to me was a bit disconcerting). Rather, I was simply excited to see what was next for my Journey of Fear. Plus, I was absolutely exhausted. I wanted nothing more than to find a nice, safe place to sleep.