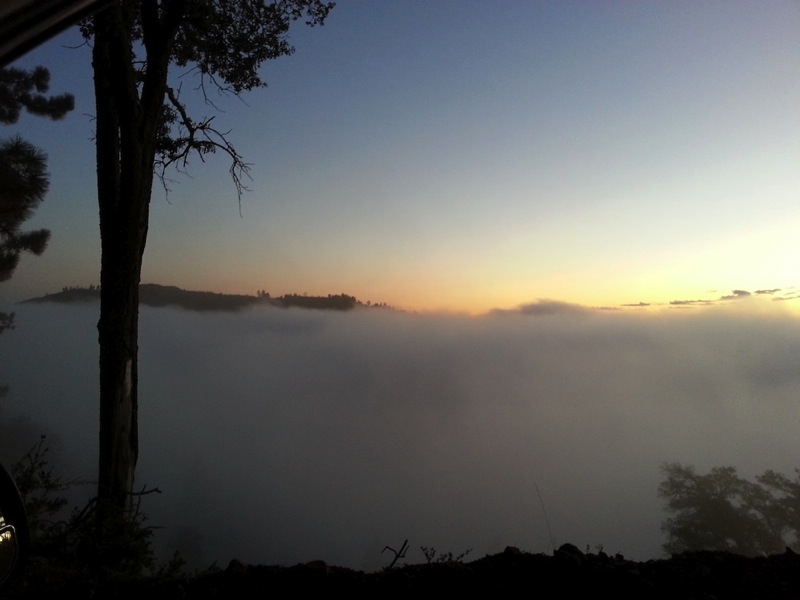 I awoke to the sound of a truck backing a trailer up into the next campsite. Time to go.

Even after the great experiences I’d had back in Hoosier National Forest, I wanted to try to spend some time alone, to see what I might learn from myself. I spoke with my new neighbor for a few minutes, but then left him to his bow hunting. I packed up the RV4 and drove deeper into the Danville Conservation Area.

I came to a large, secluded clearing in the woods – my new base camp. Aside from a short chat with a park ranger that showed up (mostly concerning how to avoid the rattlesnakes in the area), I spent the rest of the day in complete isolation.

Most People Don’t Do “Alone”

Growing up, those within my circle of friends and family have always seemed to view loneliness as a natural emotion that emerges whenever one finds himself alone. Makes sense. And to combat this feeling, most people that I know tend to do the obvious: they call a friend. Or, if that option isn’t available, they find some sort of distraction – television, books, games, heroin, you name it. But I wanted to further explore this “natural response.”

I had an odd hunch that there was more to my reoccurring feelings of loneliness than those around me tended to believe; something lurking beneath the surface.

I found myself getting strangely agitated the longer I spent by myself. For example, I had left my car door open for a short period, and when I returned I found my living space swarming with flies. While attempting to patiently herd a dozen bugs out through an open window for over ten minutes, I became suddenly enraged, swinging at them violently and spouting off a few choice words. I didn’t know it then, but this was a sign that something was up. There was trouble brewing in the background of my mind.

Exasperated, I gave up and built a fire. Sometimes, something as simple as warm soup has been able to lift my spirits. And it sort of worked. I felt uplifted as I stared into the fire. But that sensation only lasted so long. Negative thoughts and feelings began to creep back into my mind, though this time they didn’t manifest as anger. This time, I felt icy pangs of sadness – and loneliness.

I had the sudden urge to call the Girl in Columbus. She was the best source of comfort that I could possibly think of. But though I may have wanted to, I simply couldn’t do anything about it. I was far too deep into the valley, and didn’t have any cell coverage. Thus, I was cut off from the outside world.

I was totally alone, with no way out.

Well, I could have always hopped into my car and driven home…but I knew, deep down, that what I was feeling was somehow good, and getting me closer to my core goal. The trick was to stay mindful of that fact.

The fire was blazing, but I had the urge to get up and walk away – it hadn’t really been helping to soothe my loneliness anyways. I stood by the car, directly on the line where the blueish light from the moon – which was creeping out from behind a tree – met the flickering orange of the firelight. I walked into the eerie shadows of the blue light. 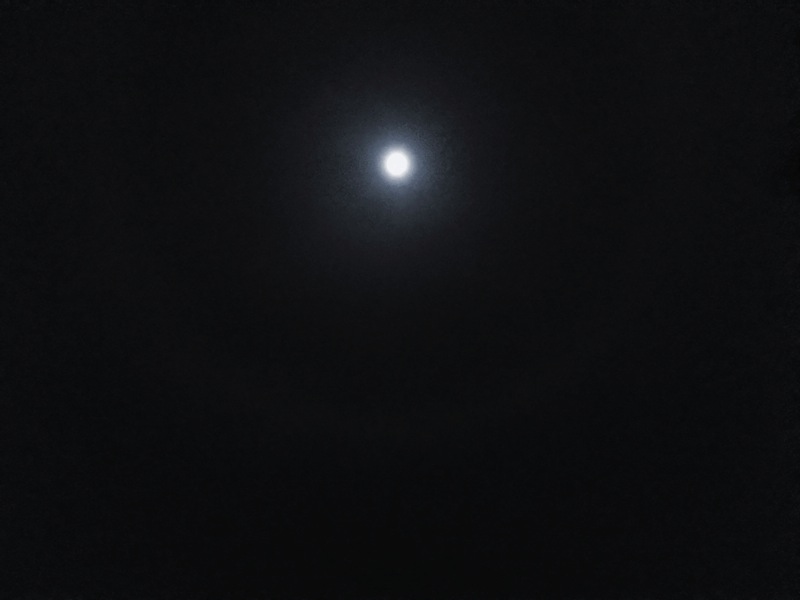 I gazed up at that round disc. My mind was at war. Scattered thoughts of that girl raced through my head. Some were about our incredible times together, though these were quickly engulfed by memories of the bad times, and reasons why we could never work as a couple. Or of how she had probably already found someone else. Or of how badly I had treated her – the list grew and grew, even extending beyond my relationship with her, into the other negative aspects of my current situation.

I’d finally had enough. Staring up at the moon, I said the short, simple phrase that I’d been saying frequently over the month prior to that.

You’re most likely fairly confused as to what I meant by this. You see, I’ve realized something very important about my own mind.

Whenever I start to race through negative thoughts like that, I’ve come to understand that what I’m actually doing is defending myself. When I’m dwelling on the positive, thinking about how comforting that girl has been throughout the past four years, I’m able to be hurt if/when that comfort becomes no longer available to me (i.e. when she moves on to find someone else). But if I remind myself of the negatives, then I’ll be expecting the worst, and won’t feel as disappointed if that were to happen. By focusing on the negative, it’s my brain’s subconscious way of ensuring that I’m never vulnerable enough to be hurt again.

The catch here is pretty obvious. I wanted, in that moment, to feel vulnerable. I was sick of allowing negative thoughts to continuously romp around in my head. I wanted to experience the love that I had read so much about – love for both that girl, and for life in general.

I wanted to be free from the shackles of my own negativity and fear.

And so, because my mind was trying to be logical and “strong” by reminding me of the negative moments from my past, I told it that I wanted to be “weak.” Because it was trying to defend me from the vulnerability that’s necessary to actually feel love, I asked it to let me be “defenseless,” if only for a moment.

You might disagree with my phrasing, but that doesn’t matter. All that matters is that, every time I’d uttered those words in the past, I had noticed a sudden change in my thought process. It always started with a gnawing feeling in my gut, telling me that something was amiss – like a bandage being ripped from a 19-year-old wound that had never healed. And this time was no different.

As those words left my lips, tears formed in my eyes.

I sat down on the gravel, defeatedly staring up at the sky and around at the hazy shadows that lurked within the dim moonlight. After a few minutes of doing so, I noticed myself beginning to feel different – slightly better, lighter, and not so alone in the world. My shadows were beginning to churn.

2 comments to “Loneliness Leads to Weakness”