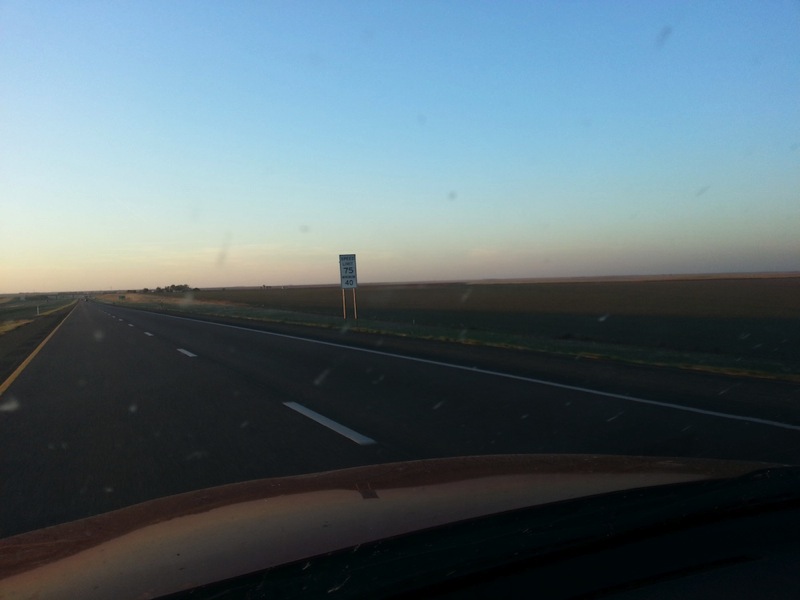 I was blessed to have experienced a moment of such unrivaled beauty and peace That Night by the side of Shawnee State Fishing Lake. My first night in Kansas was an incredible one. I had begun to see a glimpse of a new truth, that had previously been hidden from my eyes:

That each and every moment of our lives holds the capacity to be absolutely incredible – and that it depends entirely on us as to how we choose to look at things.

But alas, the true beauty of life is that we are ever changing. Our mindsets rarely stay static for more than a few moments. And while I had just received this revelation the night before, it was only natural for me to briefly forget that lesson at the first sign of trouble the next morning.

A Change in Mindset

I awoke to another spectacular vision of the sun’s awesomeness. 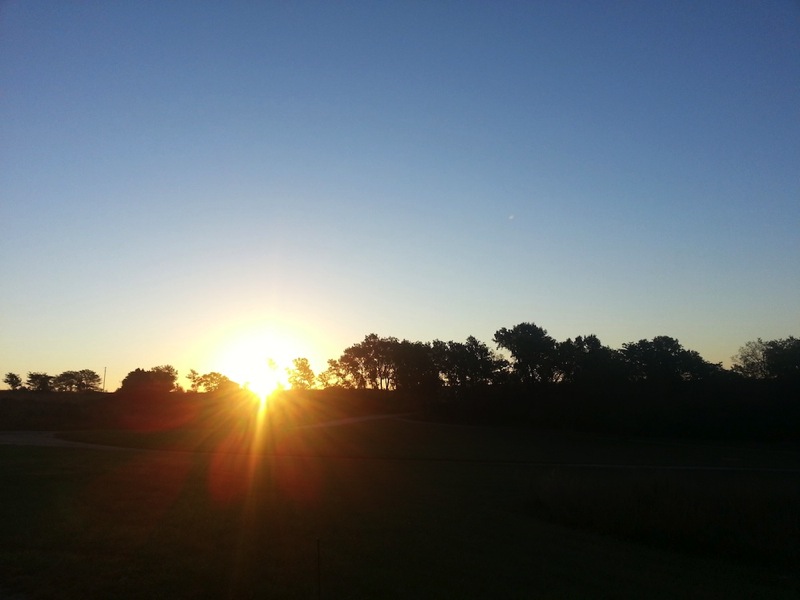 It was a wonderful morning. I meditated briefly outside, and then sat down to eat my oatmeal, apple sauce and Belvita bar for breakfast. Being in such a calm state, I was even able to convince myself to sit still and write for a few hours – a guilty pleasure that I’ve always struggled to justify for some reason.

At around 11:00 a.m., the sun was burning bright, so I decided to pack up camp and go find a shady spot to clean out the car. When you’re living in a space as small as a Toyota RAV4, leaving messes lying around isn’t an option – you find yourself cleaning and organizing fairly regularly.

I started up the RV4 and headed down the dirt road that borders the lake. A bright, orange warning light lit up on the dash.

There was a hole in one of my tires.

It’s amazing to me how such a small, trivial circumstance could be able to jostle me from the peaceful mindset that I’d been in that day. But it did.

I allowed it to.

My mind was instantly bombarded with a cascade of what-ifs and what-nows, wondering whether this was going to throw a wrench in my road trip, and how I’d be able to afford buying a new tire, if it came to that.

At that point, I didn’t yet know how to manage negative thoughts like these – that wouldn’t be revealed to me until much further down the road. I was simply reacting to this “problem” in the way that I had learned to do so at a very early age.

After only a few, short moments of allowing these troublesome thoughts to run freely through my head, I began to experience a shift in my emotions, and a change in my mindset – from that of peace, excitement, and wonder, to one of worry, annoyance and, ultimately, fear.

Unfortunately, I wasn’t able to actually notice this sudden shift in thinking until I had already crawled down deep into the rabbit hole of crippling negativity. And once I did that, everything that happened to me that day had the potential to be twisted into a “bad” situation in my mind – especially a drive across the state of Kansas.

After the tire-pressure light came on, I parked and pulled out my electric air pump. I got out of the car and filled up the front-left tire. Fortunately, it seemed to be holding air pressure at the moment. I would at least be able to drive until I could find a tire repair shop.

I got back into the car and again began my search for a shady spot to do some cleaning.

As I drove along, something peaked my interest. Parked next to the lake was a beat up, old pickup truck. There were ropes tied from its mirrors and bumpers to a nearby patch of trees, on which clothes were hung. Water jugs dotted the site, along with other odds, ends, and various necessities of life. I could instantly tell that whoever it belonged to wasn’t simply out on a camping trip. They were a traveller, just like me.

I saw an older man walk out from behind the truck as I drove by. I wanted to stop and speak with him. At the very least, doing so could offer an opportunity to have an interesting conversation – and at most might actually teach me something valuable, as had been the case with the Last Group of Travelers that I’d met.

But some old, familiar friends popped up out of the woodwork. Remember My Buts? Well, they were screaming, telling me that I didn’t have time for this, and that he wouldn’t want to talk or make a new friend. So I let the Buts win. To be fair, I didn’t even notice them. I was too preoccupied with worrying about how this tire situation was going to play out.

I drove past the man’s campsite, and proceeded to find a secluded place in which nobody could bother me.

At Least I Was Trying…

It only took me an hour or so to clean the car, reorganize my food and clothing back into their proper storage containers, and update my shower curtains (the old plastic ones had torn in half a few nights earlier while I was using the shower, so I replaced them with a $5 fabric set that I had found on the discount rack at Walmart). After that, I was back on the highway.

I can tell that I was trying to look on the bright side of things – even with nothing but the bleak views of the Kansas plains to look at. I’ve always hated boring scenery along extensive drives, and was not excited about what I was seeing. 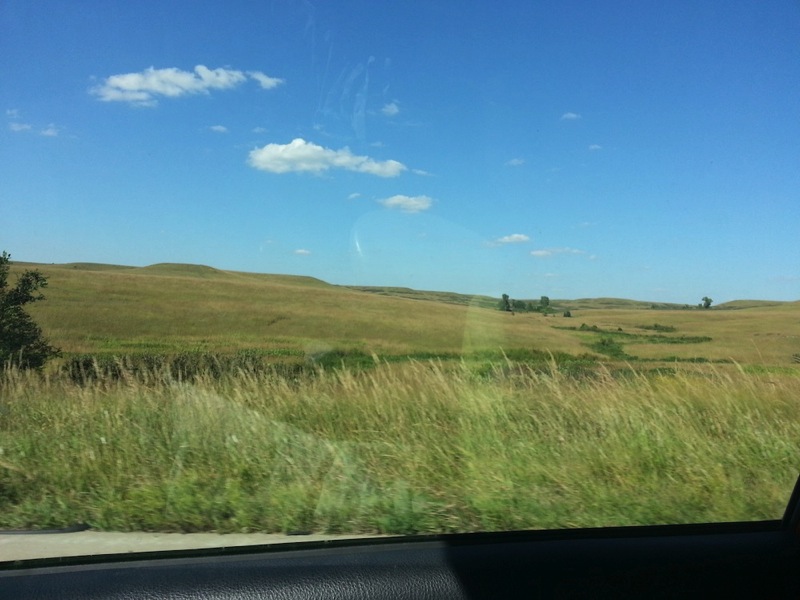 My attempts to stay positive, as detailed in one of my journal entries from that day, were comically pathetic:

“Kansas might not be much to look at, but they do have some very nice rest stops.”

It wouldn’t be long, however, before the negative trail that my mind had started down would finally take its toll on my attitude towards that place. In my next journal entry, the truth finally came out:

“I want nothing more than to get the f*** out of Kansas.”