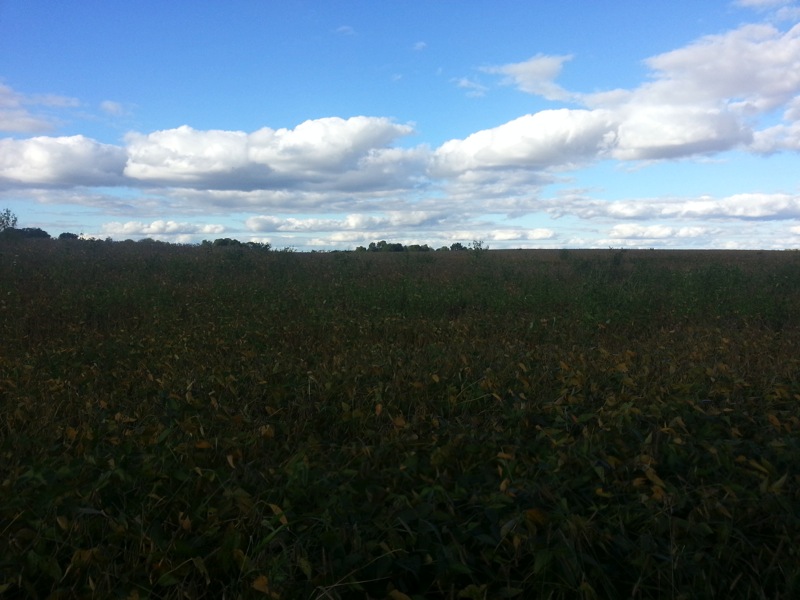 I had only intended to spend a few hours with That Girl in Columbus – instead, I spent a few days. We spoke about things on a level of intimacy that was unprecedented for me. I was digging deep to express my innermost hopes, desires and fears (this was, after all, my Journey of Fear).

I honestly can’t imagine any better start to this trip.

On my second day there, I was actually planning on setting off. She had to work for the entire day, and we were in a strange sort of limbo when it came to our relationship (as we have been for about the past three years). So I figured that it’d be best not to overstay my welcome. I said my goodbyes, got in the car and left.

The first thing that I noticed was how odd it felt not having somewhere to be or something to do. It was very strange actually. I’ve grown to like this sensation, and hope to experience it every now and then when I return home, but I was certainly thrown off by it at first. With no real goal in mind, I decided to simply loaf around town for a bit. I bought some water, a Brita filter, and razors at a Krogers. Then I stopped at a Home Depot, but didn’t actually buy anything. Finally, I reluctantly made my way towards I-70 West, to begin the trek towards Indiana. But first, I received a text:

“…you should come back to me.”

I didn’t hesitate with my response:

“I wouldn’t mind staying an extra night or two.”

This was not something that I normally did. I’ve always liked having a plan and sticking to it. Even if it’s not a very good plan, I’ve always gotten angry if I was forced to change it. In that moment, I remember feeling like I was already a changed man.

Looking back, I can see what was really going on. I wasn’t ready to leave yet – I was afraid.

Since she would be at work until later that night and I didn’t want to hang out at a Starbucks all day, I decided to drive up to Hocking Hills State Park in Logan, OH. It’s an absolutely spectacular park an hour out of Columbus, and a must-see for anyone who hasn’t been there yet. I spent the day hiking, jogging, and testing out the RV4. And everything went great! The shower worked perfectly, I snuck in a nap without anybody bothering me, and made myself dinner. As I was driving back towards Columbus that night, I remember thinking that this trip would be much easier than I had anticipated. But I was overlooking one hardship that hadn’t yet presented itself to me:

The fear of the unknown.

While I didn’t know it at the time, it was this fear that had made me so willing to stay a few more days in Ohio. Though I was thrilled to have some more time to spend with the girl that I love (for this, I can’t say that I regret postponing my departure), I had a task to accomplish, and deep down I remembered that. But I had never driven further than Columbus, Ohio by myself. I had always known what to expect just down the highway, or had someone there who could make me feel safe. Not on this trip. I guess that’s the whole point of what I was doing.

Over the next few days, we spent our time talking, going out to eat, and all-in-all having a great time. But then we watched a movie. Hector and the Search for Happiness (It isn’t remarkably deep, but it resonated with what I was attempting – I’d recommend it). It instantly reminded me of why I had left Pittsburgh in the first place. The next day would finally be the day that I got back onto I-70 West and moved on into the unknown, to finally face my fears.

Update: As time has progressed along this journey, it’s revealed that there is no definitive outcome with regards to me and that girl. There’s a chance that it could go either way. But I feel like there is a purpose for my not knowing what the future holds. It’s good to be able to let go of control, and to simply resign to holding onto hope. Deep down, regardless of what may happen, I know that both of us will end up leading spectacular lives. To be honest, I think that that’s all I’ve ever really wanted for the two of us.