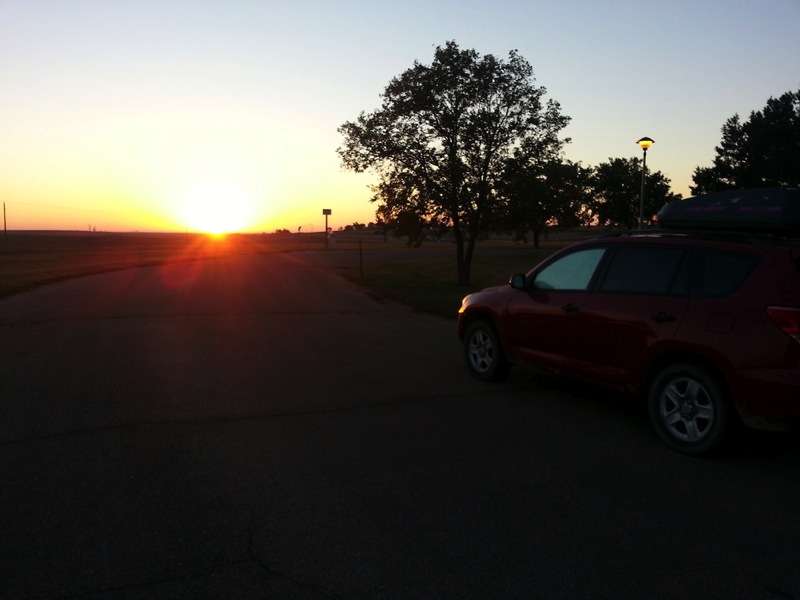 I stood outside of the RV4 for a moment, soaking in the sunrise. It was 6:00 a.m. I had slept soundly that night, and my allergies were finally calming down from their fury the night before. Parked on the side of the path, I took a quick shower (when you don’t have a water heater, all of your showers are quick) and ate breakfast. I was ready to journey on, this time with a brighter attitude – though only because I knew that I was less than ten miles from Colorado. My stint in Kansas was almost up. I was safe. Maybe.

I filled up my water tank at a spigot that was sticking out of the ground next to the parking lot. I started up the car, made myself a cup of tea with my electric frying pan, and then set out for the border.

Three miles from the state line, the low tire-pressure light sparked to life on the dashboard.

I pulled over to the side of the highway. Three miles to go, and my tire had finally again deflated. Three miles.

I didn’t care. Kansas obviously had something to say to me, so I might as well just let her say it, one last time. Griping and pitching a fit hadn’t gotten me anywhere the day before, so this time I just decided to go with it. Without hesitation, I hopped out of the RV4 and pulled out my portable air pump.

As I stood there waiting for my tire to inflate – all the while trying to hold my balance with every blast of wind from the passing semi-trucks – a motorcyclist pulled up behind me.

“You alright?” he shouted, giving me a thumbs-up.

I gave him a wave and smiled, finally cognizant of the ultimate truth which had been evading me the day before.

“Yeah. Everything is good.”

I finished filling the tire and then raced on down Interstate 70, until I finally saw it.

Just a few miles past that, I arrived at the welcome center, which sat on the edge of a small town. As I stepped out of the car, I considered kneeling down and kissing the Colorado dirt beneath my feet. But there was no need to be over-dramatic. Besides, after looking around, I realized something unsettling: 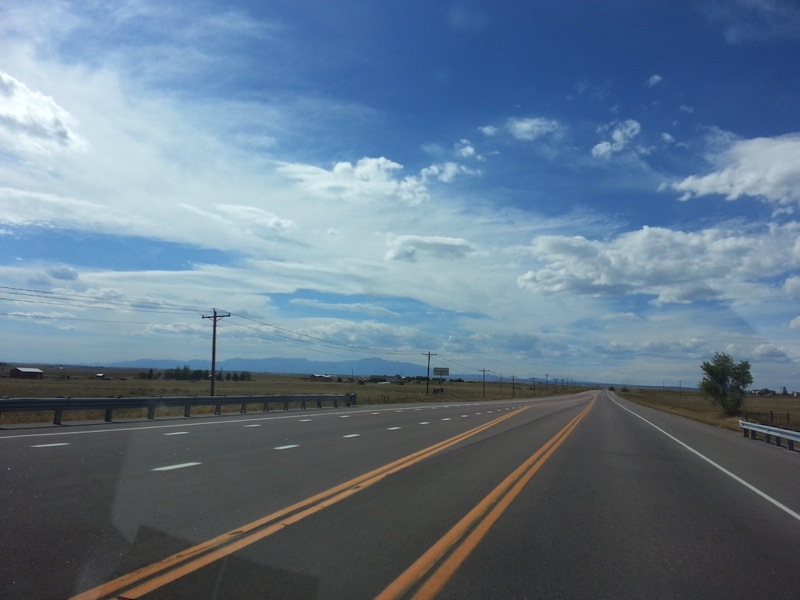 Fortunately, I at least knew that somewhere in this state there were a couple of mountains to look forward to. And just having that thought in mind seemed to make all of the difference.

Asking around, I learned that the town had a tire shop, which I made a B-line for. And about 30-minutes later, they had the tire fixed and ready to go, for less than $18. Problem solved. Apparently, I had picked up a screw somewhere along the backroads of the Shawnee State Fishing Lake.

I had one last stop to make before I left town: a car wash. 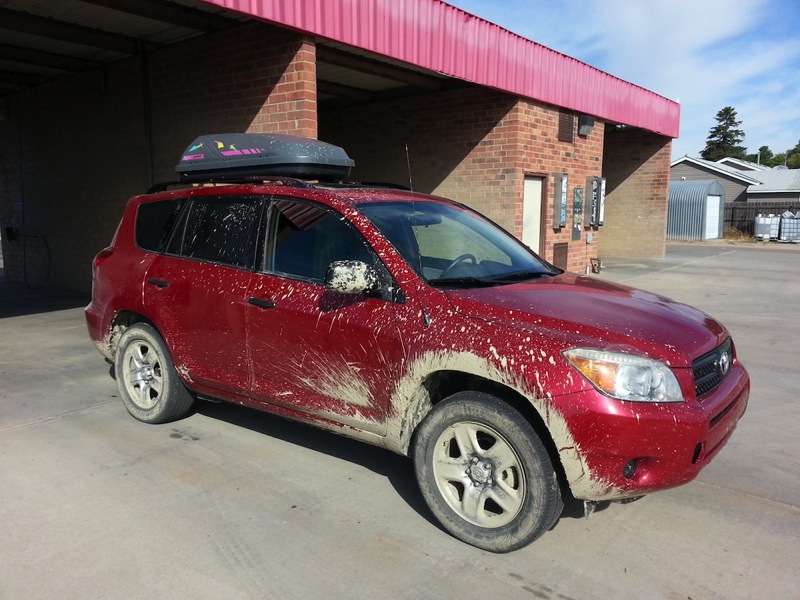 Still caked in filth from when I had been Playing in the Hoosier Mud, along with the film of dust that I’d kicked up all along those Kansas dirt roads, I felt that the RV4 was due for a cleaning. I spent the next hour-and-a-half scrubbing, rinsing, drying, waxing, and buffing her to polished perfection.

They say that some people, when they have a negative, reoccurring thought stuck in their mind, will unknowingly wash their hands more aggressively than necessary – as if to symbolically wash away the memory.

I was trying to wash away the Kansas.

And I think that it worked. Because shortly thereafter I was again filled with sensations of joy and excitement, as my eyes finally caught sight of the Rockies. 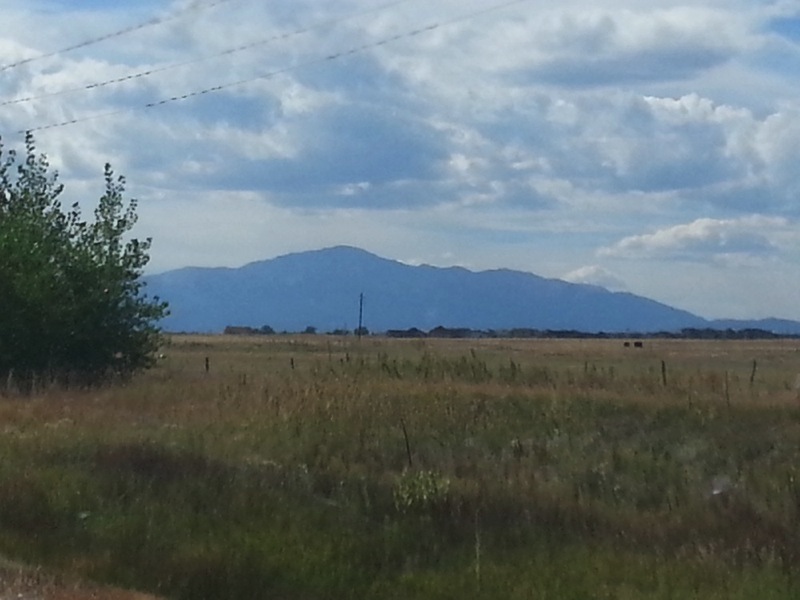