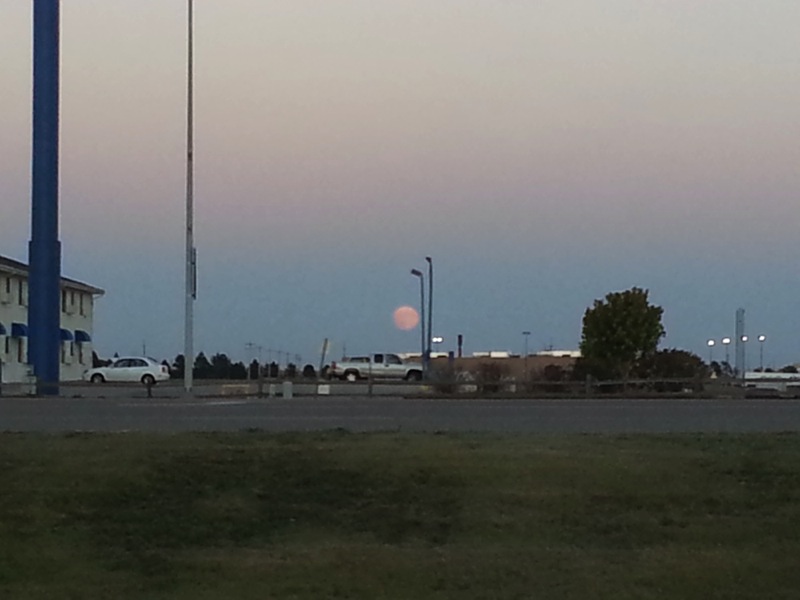 I was facing a bit of an internal battle once I realized that the state fishing lake I had punched into my GPS was an hour off of the interstate and out of my way.

A big part of me still wanted to get the hell out of Kansas as fast as possible, even though I was miserable and teetering on the edge of exhaustion. I’ve noticed that when I allow my emotions to run wild, it always seems to drain my energy. I’d been driving for hours with nothing even remotely interesting to look at – so I was pissed.

But I knew that my mind could use a break, and that stopping for the night at a nice, peaceful lake (as I had the night before) might be just what I needed to get myself out of the funk that I’d been in, ever since learning about the hole in my tire – which, I might add, had held up perfectly fine ever since I filled it that morning.

It wasn’t until the moment that I was passing the exit that I made the final decision to veer off of the highway and head south. For some reason, in that moment I suddenly remembered the purpose of this trip, and decided to go to the lake – regardless of the fact that it would add two hours to my drive through that miserable state.

There was something liberating about driving down those country trails leading towards the lake. The roads that cut through the Kansas farmlands weren’t anything like those around Pittsburgh. They’re straight and flat, making up a rigid grid of paths, cutting through seemingly infinite pastures.

Careening down the dusty cinders without seeing a single pair of headlights for miles might have been why I felt so free in that moment. Or perhaps it was because I had the windows rolled down completely, with a stunningly bright moon (it was actually going to be a blood moon later that night) to my left, and music blasting through my speakers.

But honestly, I think that I now understand why I suddenly felt ok with life in that moment:

Because, for one second, I had stopped giving a damn about my insane urge to get out of Kansas as quickly as possible. I was simply experiencing the moment.

Then I was introduced to something called a cattle guard. Fortunately, I wasn’t going TOO fast when I hit it… 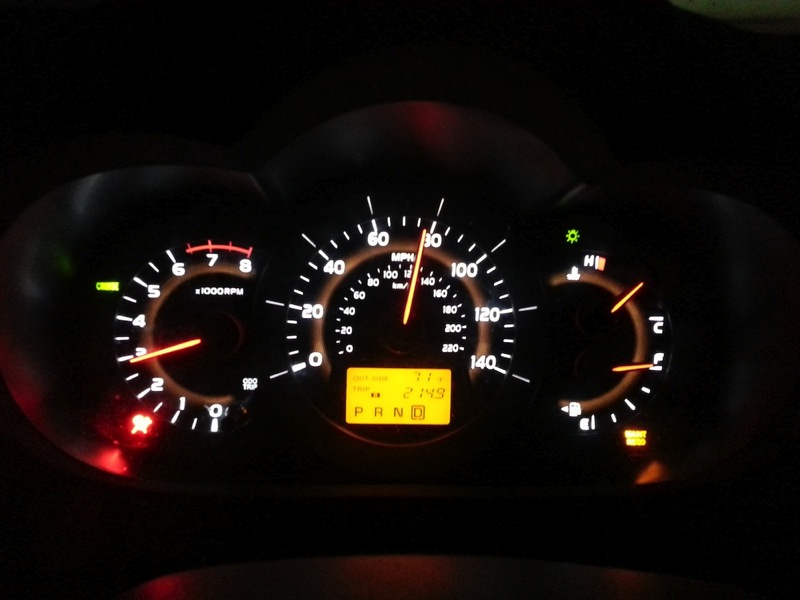 Any country folk who are reading this are probably cringing right now. A cattle guard is a section in the road that is made up of horizontal, steel bars, and placed in line with a fence so that cattle wont escape. Vehicles can go over it, but livestock will get stuck. As for driving across these things, it’s essentially a highway rumble strip on steroids. I’m shocked that the RV4 (and the leaky tire) survived without any sort of hitch, but it did.

I made sure to slow down to a crawl at every other cattle guard I came to. And there were plenty.

After an hour of driving and making several meandering turns, my GPS was telling me that I was getting close – about ten minutes away from my destination.

I neared a T in the road, at which I was being directed to make a left-hand turn onto what, as my GPS described it, was a state highway.

This looked like no state highway that I’d ever been on.

But I had come too far now to simply turn around. I was going to that lake – even if it meant turning left off of what actually DID have some resemblance to a road, onto this pair of rocky, dirt trails that had been beaten into an open field.

As I turned and passed a large patch of bushes – which had been hiding a small farm house – it became immediately apparent that something was not right.

Driving another 100 feet or so, I passed through an open livestock gate – into a trampled field where the trail ended.

I put the car in park and looked down at my phone (a.k.a. my GPS). “Thanks Samsung.”

Through my open window, I heard an engine spring to life somewhere behind me. I looked back at the farmhouse that I had passed. Through another patch of tall bushes, I could see a pair of headlights shining through, as a pickup truck began to furiously roar.