Life in the RV4 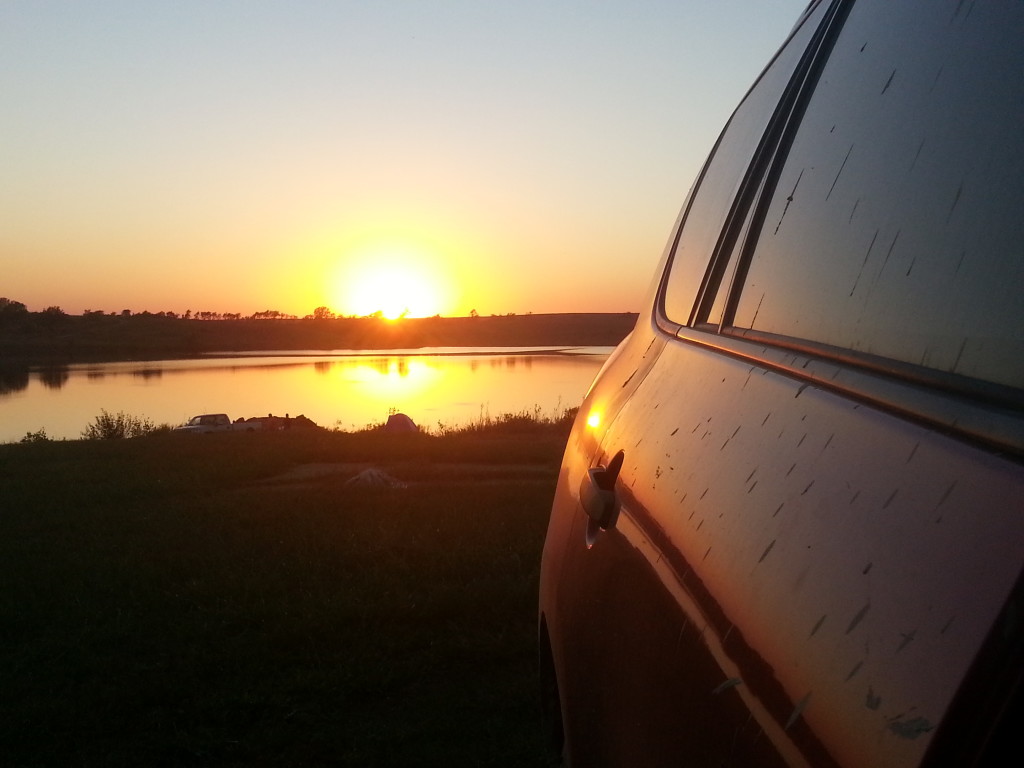 In the weeks before embarking on my Journey of Fear, it became apparent to me that everybody has a different definition for the term necessities of life.

These questions, including the last, are but a few of the multitude that I was asked by those nearest to me once I let others know what I was planning.

To be honest, I didn’t have an answer for most of the questions I was asked – and that was the whole point.

I left with the blind hope and belief that I would not die as I traversed the continent, packed inside my 2008 Toyota RAV4 – which, after converting to a micro-RV, I’ve renamed the RV4…get it?

And to the amazement of many, I did not die. Things have simply worked out, some needs being met in obvious ways and others in manners that were a bit more “miraculous” in nature. It’s odd – the more gnawing worries that I’ve been able to stop dwelling on, the faster my needs and desires have been met.

Now, I obviously did make some major preparations prior to embarking on this Journey of Fear. My faith wasn’t that strong yet. My greatest obstacle was to, as I mentioned, convert the RAV4 into a comfortable living quarters. 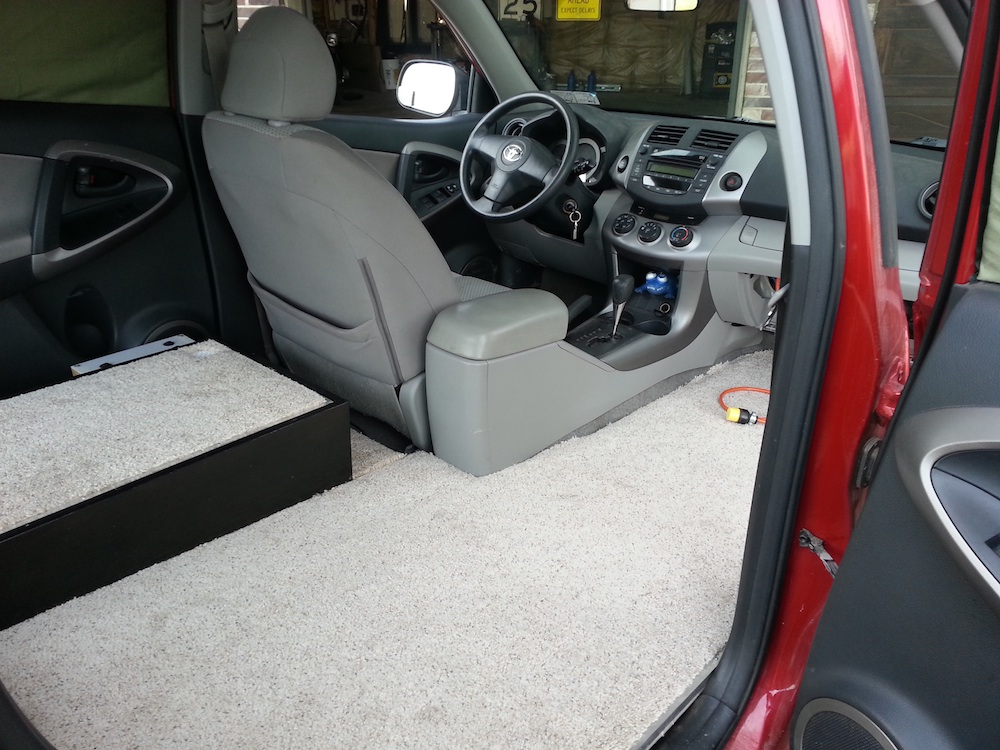 I won’t go into the process or intricacies of the transformation, as I may save that for a later post. I have, however, created the video below in order to show you the end result.

A large part of this journey has been about letting go of the things that I only think that I need. And, to be honest, that list grows shorter every day.

As I mentioned in the video, it doesn’t take very long once you’re on the road to understand how much you have vs. how much you need. More on this to come at a later date.

I can honestly say that I’m comfortable when living in the RV4. I have no trouble sleeping, I’ve gotten used to (and even fond of) my simplified diet of canned veggies, tuna, and whole-grain snacks, and for entertainment I’ve learned to read and write – imagine that for a moment. At night, I’ve often parked at rest stops, put up my window treatments, and slept soundly, undisturbed each time that I’ve had to do so. I do, however, prefer camping out in national forests and campgrounds. Something about being alone in the woods forces you to look at life in a slightly different light.

Water is surprisingly easy to come by. Almost every rest stop has had an outdoor faucet to fill up my tank, and I brought a Brita® for drinking water. I usually have enough to last me about a week.

I know that some of you are wondering about my restroom needs. For that, I’ve always had either a rest stop or a shovel and a tree – I’ve yet to encounter any emergency situations. For bathing, I obviously have my miniature shower unit. It’s a bit of a squeeze, but it certainly serves its purpose successfully. Try not to picture how using it plays out, just understand that I’ve adapted to make it work.

I do feel the need to remind you of something important: the previously mentioned “necessities” of daily life aren’t actually that at all – they’re luxuries. I meet people who rarely have running water, sleep in tents when they’re lucky, eat only when food becomes available, and who use fire as their primary source of light, energy and comfort. Yet, on average, these people make up some of the most loving individuals that I’ve met to date. If they can survive, find happiness, and thus thrive (at least according to my definition of the word), then I’ll certainly be able to do the same as I travel along on my Journey of Fear. And don’t worry, I haven’t met any bears – yet.

So in conclusion, life in the RV4 is sweet.