Kansas is My Hell 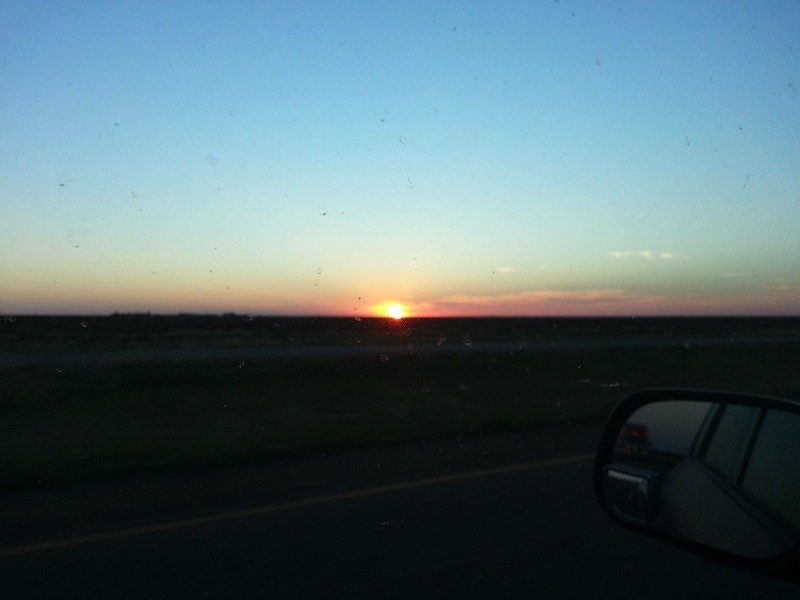 Truth be told, I “knew” what to expect from my time in Kansas, long before I’d even reached the place.

Because who, in the history of mankind, has ever raved about their incredible experiences, driving across the state of Kansas?

I’ve personally never heard anyone speaking about the wondrous views and majesty of the great, dusty plains of that state. In fact, everything that I had heard to that point had been quite the opposite. So in the back of my mind, I was expecting a hellish, mundane drive.

And Kansas made sure to provide precisely that.

That’s it. For the first half of my drive after leaving Shawnee State Fishing Lake, it was literally all grass and sun-scorched dirt…overtop a few scattered, rolling hills.

Now, obviously there were a few remotely interesting views along the highway:

To put things into perspective for you, I’ll simply relate this little anecdote:

After several hours of driving (and taking breaks at nearly every rest stop along the way), I stopped at a gas station. While paying for gas, I somewhat playfully (though mostly seriously) asked the clerk how long until I reached the border of Colorado, because the views were killing me.

I could tell that she felt sympathy for me – I could see it on her face. She informed me that it would be six hours or so if I were to drive without stopping, and then went back to ringing me up. Then, as she handed me my change, she tried to offer a little ray of hope. With a completely straight face, she added:

“Don’t worry, once you reach the next town, you’ll start to see some windmills. They might make it a little more interesting!”

She was certainly right – there were plenty of windmills. 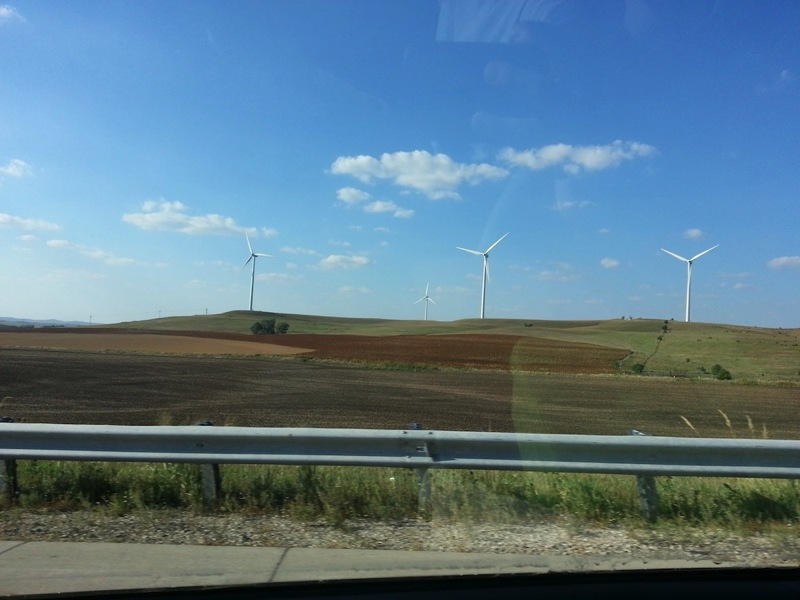 It was at that point that I resolved myself to getting through Kansas and into Colorado as fast as I could possibly manage. I’d drive all night if that’s what it took to get to the other side.

Bitching Only Gives More to Bitch About

I talked to my brother at one point, when I had a small window of cellphone coverage. Generally, if I was at the top of one of the long, rolling hills, I’d at least have a few bars. Of course, I took our conversation as an opportunity to gripe about how horrible driving through Kansas was proving to be.

And I think that Kansas might have heard me…

Because shortly thereafter, the views changed. They got worse.

Throughout the rest of the western half of that state, the gentle hills gave way to the flattest plains that I have ever seen.

You know that view from the window of an airplane, once you get up above the atmosphere? Where the clouds seem to go off into infinity, until they meet the sky at a thin, blue horizon?

Well, Kansas had the same view, except that instead of white, puffy clouds, everything was gray and brown.

At that point, my only interesting views were the tractors and combines, trying to get a few more hours of harvesting in before the sun set.

Of course, they were kicking up heaps of dust all along the sides of the highway, which I happen to be allergic to. The allergy attack struck with a vengeful fury, and wouldn’t eventually let up until I had fallen asleep later that night.

I was impossibly miserable…nay, I was furious at Kansas.

For a while there, I tried everything to make myself a little less miserable. I stopped for ice cream at a Dairy Queen, in this little gem of a town: 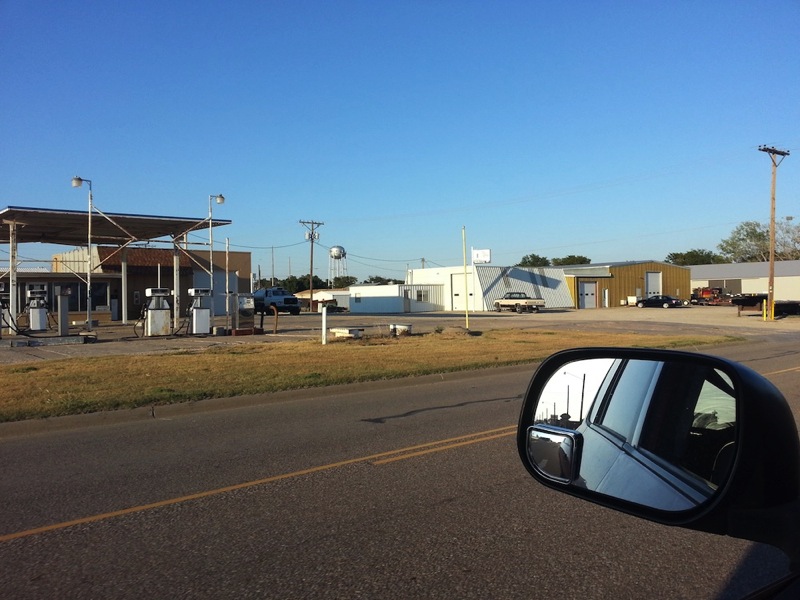 But nothing was really working. Finally, once the sun had set, I reached a point where I didn’t give a damn about making it to Colorado anymore. It didn’t matter, I just wanted to be happy…or to find somewhere to go to sleep – whichever I could manage to find first.

I stopped and looked through my book of free campgrounds. Apparently there was another state fishing lake – presumably manmade, since Kansas doesn’t seem to naturally have nice things like water – just a few hours away. I thought about the night before. I’d had some luck back at the Shawnee State Fishing Lake, so perhaps another similar scenario would be just what I needed to cheer myself up.

Perhaps. But my experiences that night would prove to be nothing like the night before.