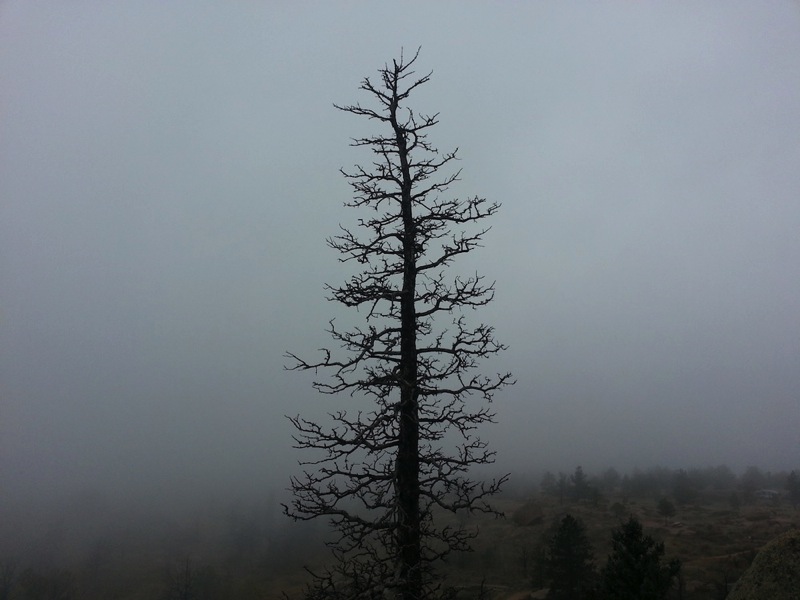 I fell into a dark period during my first year out of college – one that I can only characterize by the word terror.

I think that many recent grads are a bit traumatized by the sudden jolt that being handed a diploma can induce. But for me, it served as a sudden exposure to the grim truth of life: that there were no more rules, no more curriculums, and that nobody would be there to point me towards the individual path that I was supposed to take.

I was terrified by the sudden realization that everything was now up to me. Oddly, they hadn’t offered any courses on how to succeed in the real world.

I didn’t notice it at the time, but looking back, I can see that being stuck in that perpetually fearful, uncertain state had opened up my mind to many additional fears. I began to worry about little things at first – the mouse that had moved in with my roommates and I in our Columbus, OH apartment, the dog that barked incessantly next door, the temperature that we kept the house at.

But it wasn’t until I finally lost my one source of stability – the job that had supported me for two years prior – that the floodgates were finally opened.

I went into a panic.

Not only did I constantly fret about my inability to pay my bills, but I seemed to find only more and more things to worry about. Then I stumbled across a documentary called Zeitgeist: The Movie.

The documentary was essentially an introductory crash course in all of the major conspiracy theories of our time. From 9-11 being planned to the corruption of the federal banking system, it opened my mind to an all-new scope of fears to dwell upon. And I devoured them all – the evidence was just too compelling, and I wasn’t healthy enough to know how to deal with this type of thing.

It took me a while to notice my downward spiral. For some reason, the perpetual clenching sensation that I could feel in my stomach hadn’t struck me as unnatural or out of place – probably because it had been a slow build to that point. The sleepless nights also seemed normal, since I could always blame it on something that I ate. The extra 35 pounds that I gained also wasn’t a sign of anything other than a need to start exercising again. I was blind to my own fear for much of my remaining time in Columbus, until I haphazardly stumbled across a powerful tool that would significantly change my life – albeit not until after I crawled my way home to Pittsburgh, PA.

Like my fears, that tool exists totally within my own mind.

It’s call the Law of Attraction.