The Consequence of Thought 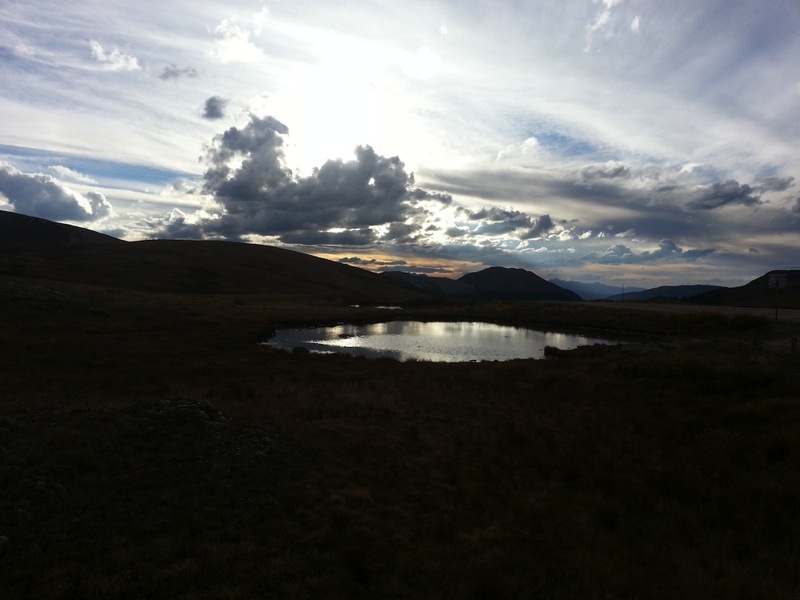 I feel the necessity to be honest about something – to open up about a secondary goal that I’ve had for this trip, and one that I’ve been keeping a secret. I realize now that, if I hope to truly relate to you everything that I’ve discovered along my Journey of Fear, then I simply must come clean.

This alternative goal has been to test and determine whether there’s any truth to the two main beliefs that I’ve been experimenting with for the past year of my life. And from what I’ve been finding, the answer is a resounding YES.

#1: Your thoughts and emotions are entirely under your own control.

#2: The way you therefore choose to think has a direct impact on the life that you live.

You may have heard of this stuff before. It’s been called the Law of Attraction, the Power of Positive Thinking, and possibly even Karma (as I’ve learned in my time at the Buddhist monastery). Whatever you choose to call it, I can vouch for it’s validity; I’ve seen it in action in my own life.

When I first moved back home to Pittsburgh, I was exactly who I had always been: a negative pain in the ass. But I had finally realized that I wasn’t happy, and that I wanted to change. Fortunately, in the months before I left Columbus, OH, I had heard about the Law of Attraction. So I took out several books on the subject, and have since then begun to experience a difference in my way of thinking, the likes of which I’ve never experienced before. Ask those who have lived with me. Ask my family back home. Something has changed.

Western culture often teaches that we’re all emotional slaves to our environment. To feel happy, we need to buy things, date people, and frequently visit exciting, new places. When “bad” events occur in our lives, we feel bad/mad/sad – and that’s just the way it is. But many, like some who practice Buddhism (which is why I’m excited that this post aligns so well with my leaving Abhayagiri Monastery), have found a different truth: that we have the power to alter our thoughts, which in turn alters our emotions.

How do I do it? There are some amazing books out there, which I will point you towards at the end of this two-part article. But I’ll give you a brief synopsis:

Nowadays, when I catch myself feeling a negative emotion (depression, anger, sadness, loneliness, etc.), I quickly determine what my last thoughts were before I began to feel that way. This was difficult at first, but after a while I became skilled at spotting the distinct relationship between the thoughts that run through my mind and the way that I feel. After I’ve identified the negative thought that’s on my mind, I force myself to think about that same subject, though in a positive light.

Let’s say that I randomly started thinking about the fact that some of my college buddies have six-figure salaries, and how I somehow ended up parked in a dark, California alleyway, living out of my car. This is all hypothetical, mind you.

I would feel bad immediately thereafter. Very bad. But I’d have another option – I could feel good, happy and excited again if I wanted to. All that’d be necessary is the ability to actually notice that I feel bad, and to then find the hidden positives in my situation.

In this last example, since I was focussing on what I didn’t have (a six-figure salary…or any measure of financial security, whatsoever), I could instead look for the opposite, which would be what I did have:

What I could then do (and I’ve successfully accomplished this many times) would be to focus solely on these positives, along with any others that I could come up with, for the next 10-15 minutes – or until the negatives had taken a back seat and I had begun to once again grow hopeful and excited for life.

It really does work. But we humans like to justify our bad emotions, and thus we rarely give any of this a try.

But after some repetitions, you notice something: this practice of actively looking for the positives during every “negative situation” starts to become natural. It gets to the point where you’re seeing more positives than negatives, and almost need to look for the situations that once caused you so much grief.

That’s where I’m at now. Though negative feelings still arise (usually due to repressed fears of mine), it’s nowhere near as frequent as it once was, and I can usually work my way out of them quickly.

I don’t become enraged by every little bump in the road – half the time I don’t even notice things that once sent me into tantrums. For once in my life, I’m consistently happy. And it has NOTHING to do with the outside world.

And that’s not even the greatest benefit that this type of thinking has brought me.

4 comments to “The Consequence of Thought”