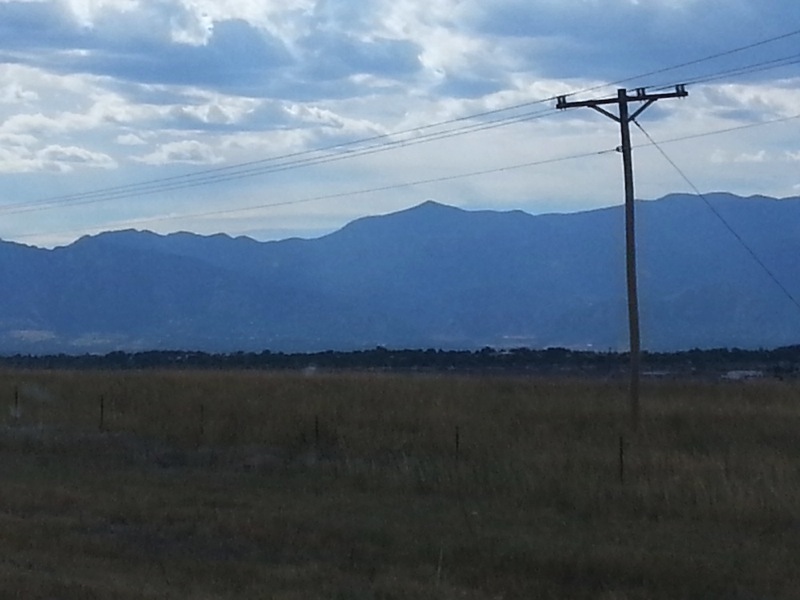 I decided not to head directly into Denver, even though I-70 would have taken me straight to it. While I was interested in checking out the city, at that point I was far more excited in exploring the surrounding wilderness. And I was thrilled to have some alone time in the mountains, if only to see what I might learn up there.

And so I chose to head south of Denver, towards San Isabel National Forest. I’m not sure why I chose there – save for the fact that my book was telling me that there were a couple of free campgrounds up in the mountains there.

I exited I-70 and got onto highway 24, which would take me into the heart of Colorado Springs, CO – a small city just south of Denver that’s nestled at the base of Pike’s Peak. The growing, blue silhouettes of the Rockies were beckoning me as I continued to draw closer and closer to the city. That is, until I actually reached Colorado Springs, and was presented with a very unexpected thought.

The shift from Colorado countryside into the bustling, urban landscape was gradual at first. A cluster of homes here, a small shopping center there. But as soon as I was within a few miles of the city’s epicenter, everything suddenly changed.

Colorado Springs was EXPLODING with development.

All at once, it seemed as though everywhere I looked, there was something being built. Construction crews were everywhere – expensive homes, housing plans, and immense shopping plazas with every possible high-end retail store that you could imagine. And wherever I didn’t see constructions crews working, the buildings looked as though they were less than a year or two old.

It’s not as if I have any sort of issue with rapid growth or anything. I’m happy for any community that is prospering and developing.

Rather, the reason for my sudden discomfort actually goes back to 9th grade biology.

At one point as I was driving into downtown, I came to the crest of a small, rolling hill. Once at the top, I was presented with a stunning view of the entire mountain in all of its glory – which included the gray, bustling mass of urban development that was slowly creeping its way towards it. 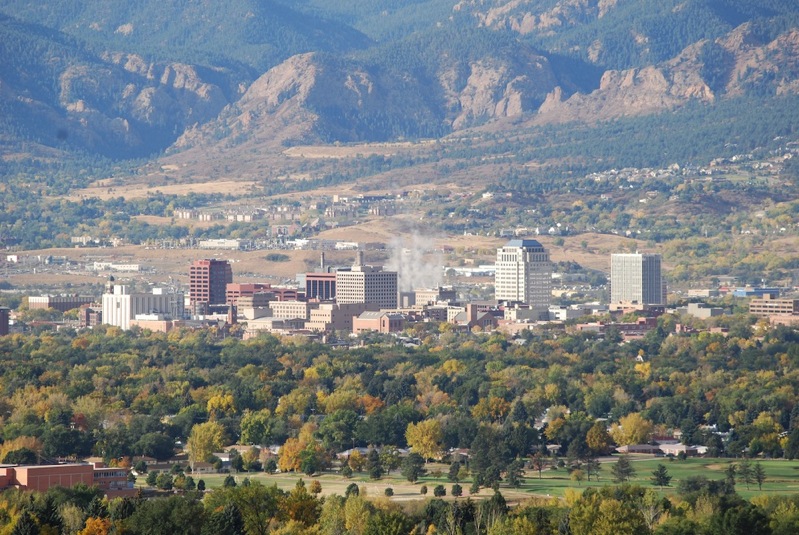 I can’t explain why, but the growing city instantly reminded me of a bacteria colony, or an infection – like that which you might see consuming its way across a petri dish – eating into the pristine mountain landscape. A cancerous growth of concrete and steel.

Once I had made this connection in my head, my thoughts immediately drifted to one particularly morbid question:

With the way that humanity has been growing and expanding, as we gnaw away at beautiful landscapes such as this to make room for more and more development, are we nothing more than a parasite?

I Don’t Want to Know

I called my Dad as I continued driving – mostly just to talk and get my mind off of such a negative thought. But I told him what I had seen, and what it had made me think of. He chuckled, before asking me a question that would only prove to rattle me even more:

“Well, you don’t think there’s an antibiotic, do you?”

I briefly stopped downtown to do a load of laundry. While I was waiting, I stood outside of the laundromat and looked up at the mountain that towered behind it. It truly was an odd feeling, being in such a fast-paced urban landscape, with such awe-inspiring landscapes sitting right there in the background. I can’t quite put the emotion into words, though if I were to give it a try, it would simply be to say that it was unnerving – and I’m not sure why.

I eventually made my way back to the outskirts of the city, as I continued on towards San Isabel National Forest. And I got to witness some more spectacular sights along the way. 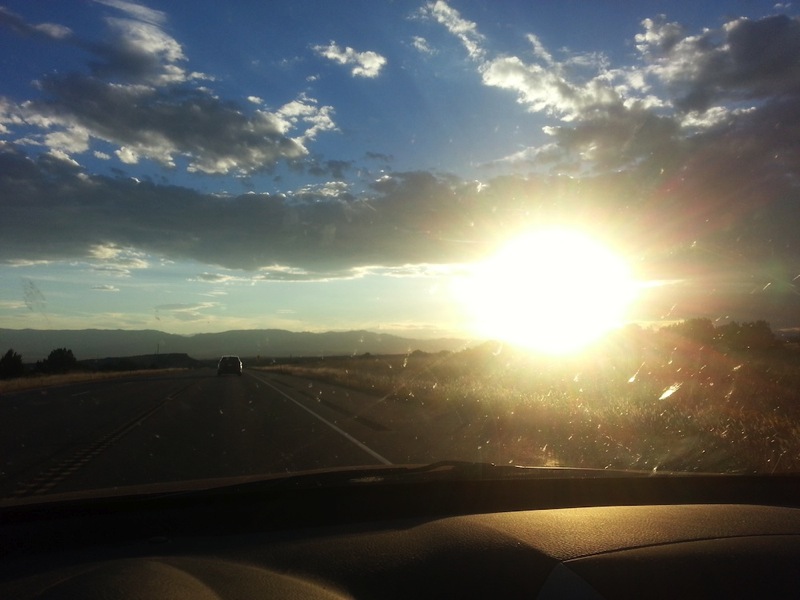 There was something oddly powerful about the sky that afternoon. 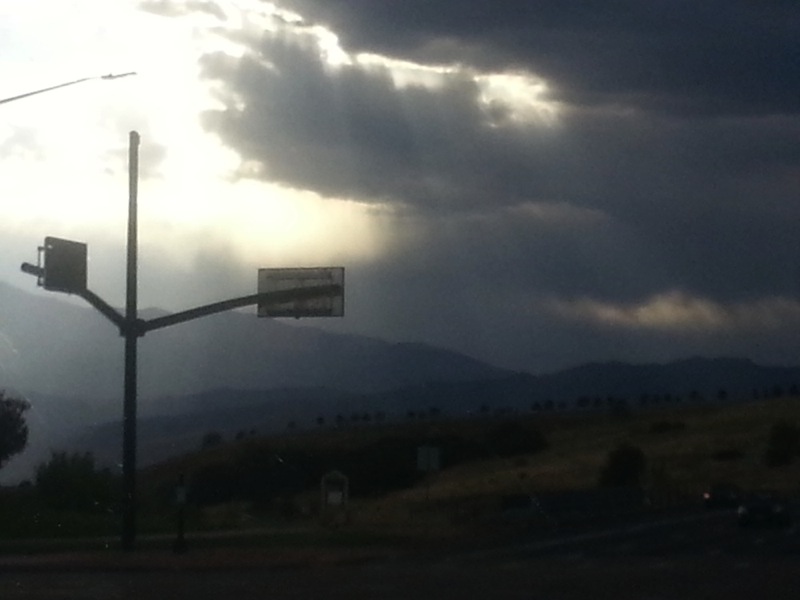 It was around 5:00 p.m. as I was leaving the city, so of course I witnessed many of the usual, unpleasant demeanors and attitudes that you might expect from rush hour traffic. Truth be told, I was stunned that anybody would be lucky enough to get to drive back and forth from work underneath views as incredible as those that I’d seen that day – let alone that they’d be able to do so while feeling any emotion other than pure wonder.

But I guess that having to look up at the sky just gets old after a while. 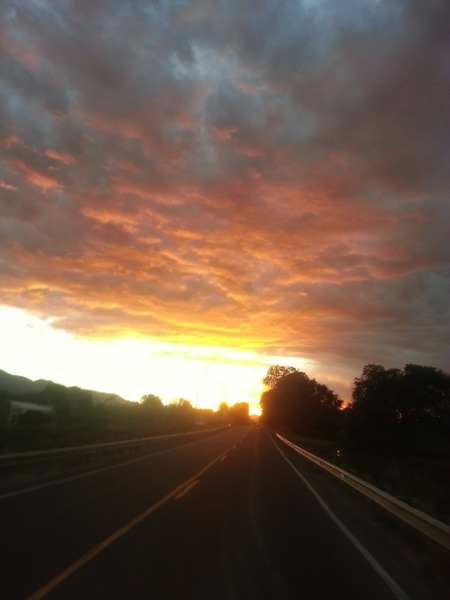