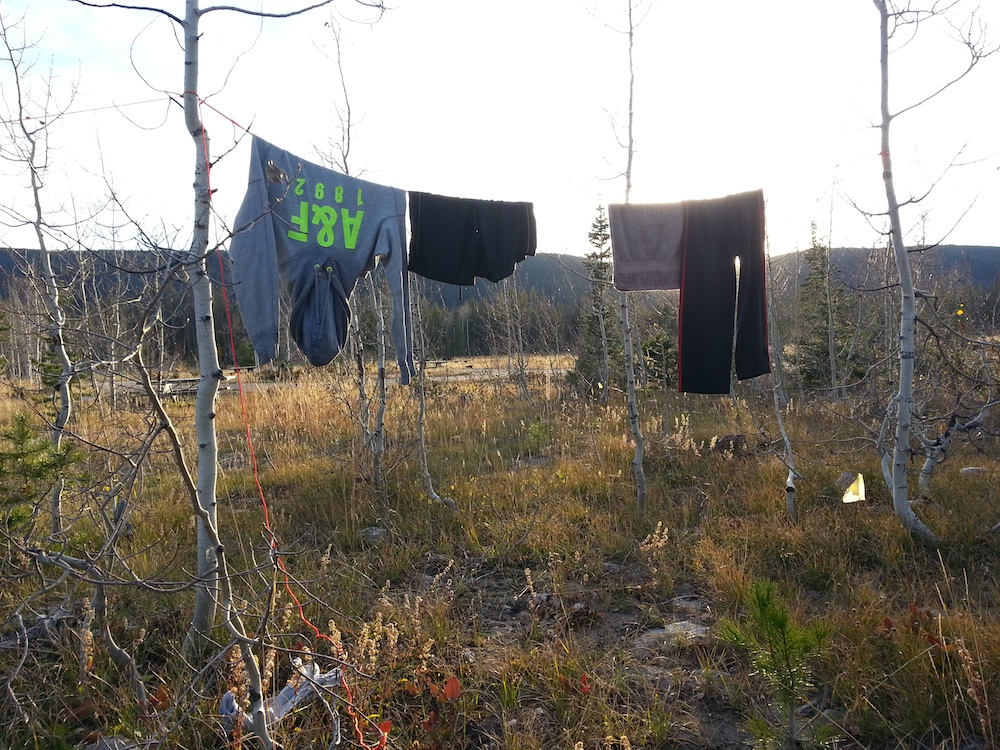 There we go. Well you’re here already, might as well keep reading! (Welcome to Marketing 101 kids.)

As time’s gone on along my Journey, I’ve become aware of an interesting phenomenon within my own mind – a group of friends, if you will. I call them my Buts. And they speak to me.

What they say depends entirely on my current situation, but usually our dialog ends up sounding something along the lines of:

Oh no, you can’t. What if [insert possible negative consequence]?

For most of my life, my Buts have hidden from me, only whispering from behind the veil of my own subconscious. Every now and then, however, I’ll catch them in the act.

On my way to the southern half of Hoosier National Forest, I stopped in Bedford, Indiana to do a load of laundry. As I was carrying my clothes and industrial-sized container of biodegradable detergent into the laundromat, a woman leaned out of her SUV’s window and asked me something about my roof-rack luggage carrier (the attic). I politely answered her question, smiled, and then scurried on into the building.

As I sat in my secluded corner of the room, reading my introductory book on electricity and circuit design (it starts out slow, but once you get into it the story really takes off), I would occasionally look out the window to check on the RV4 in a neurotic fashion. At one point as I glanced out, I noticed that the woman who had spoken to me was pulling some of her belongings out of her SUV, and was gathering her laundry into a basket. In that moment, it dawned on me. She was living out of her car – she was homeless.

I’m struggling to put my next emotion into words, but it’s one that many of my fellow middle-classers will be familiar with. The best way that I can describe it would be:

“She’s different from me and I don’t understand her – I hope I don’t get roped into a conversation.”

But then I realized that I had already opened the lines of communication when we spoke earlier. The next thought that popped into my head was another one that’s common to middle-class kids.

“I hope she doesn’t ask me for anything, because I’ll feel real awkward when I tell her I don’t have anything to offer, but plainly do have more than she does.” 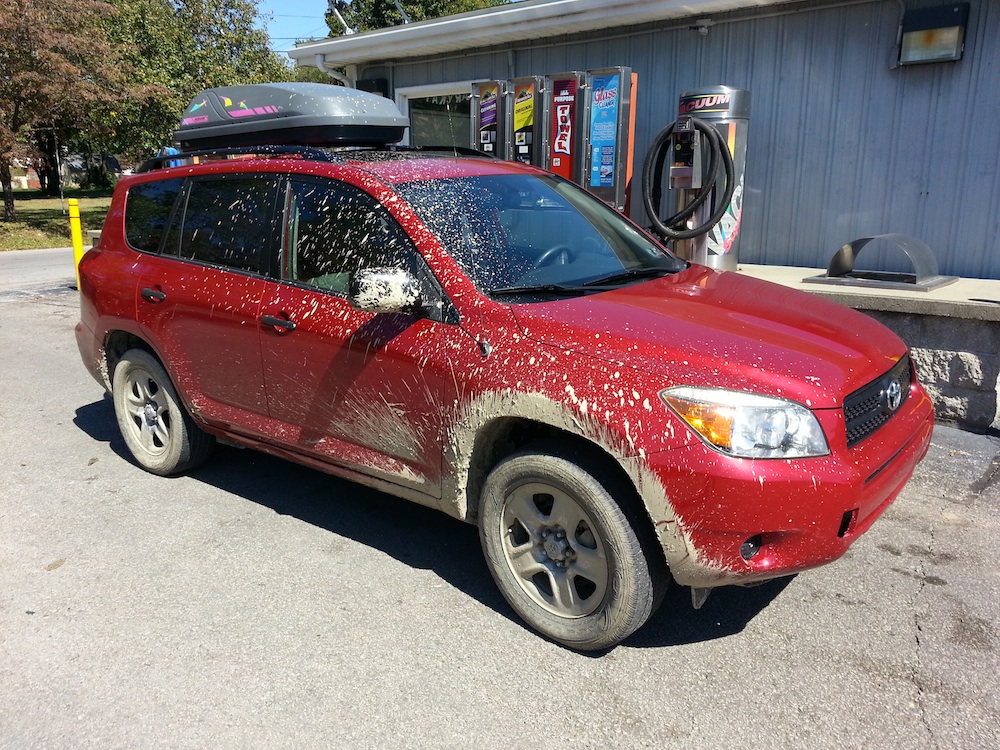 At that point I looked back at my Toyota RAV4, which was slathered in mud from the Night Before (the night I ended up sleeping on the side of the road). Then I looked back at her car. Then back at my luggage carrier, which was held onto the roof via my jerry-rigged hardware because I had bought it second-hand from a guy who drove a Nissan. Then one last time for good measure, I looked at her, and then back at my home car.

That one left a welt on the side of my pride.

In all reality, we’re all the same, each and every human being on earth. If you haven’t yet realized this, then I assure you that you will someday (whether in this life or the next). This much I have learned along this trip. But at that moment, I still had my upper-middle-class lenses on (though that experience proved to crack them a bit).

I heard a small voice inside. “Talk to her.” And I’m not sure why, but for some reason I wanted to. And that’s when my Buts came out to play.

However, try as they might…they won. I stayed in my seat, opting to read the textbook in my lap, as she sat across the room by herself, waiting for her laundry.

By the time I walked back out to the RV4, she was sitting in her car. The Buts were satisfied and quiet, and it was then that I figured out how to get around them, though I discovered it by accident. As I walked past her, I again heard that teeny, little voice, telling me that I wanted to strike up a conversation. Without time to hesitate, I turned and asked, “Do you know how to get back onto Indiana-37?”

Apparently, the best way to break the will of the Buts is to act entirely on impulse – to refuse them the opportunity to speak. This makes me think back to when I first started this trip:

–Too late, I had already torn the seats out of the car.

She ended up being a fascinating woman. Her name was Debbie, and she was living this lifestyle by choice. She would travel around the country, working as a mystery shopper. She really was living in a manner that was almost identically to my own. Simply asking that one, simple question (which I really didn’t need to ask, since I had a phone in my pocket) was all that it took to make a new friend, who I spoke with for the next hour or two. I picked her brain about life on the road and how she had gotten to where she was (which was an interesting story in itself), and received some great pointers for my own journey.

I’m not certain if there was any particular reason for why Debbie and I met, save for what it immediately taught me. Learning to dodge past my Buts has led to many great experiences to date: I’ve climbed mountains, made friends, learned critical lessons, and solved problems in ways that I once never would have considered (i.e. the next time I did laundry), simply because I learned to act on impulse, rather than waiting to hear what the Buts had to whisper in my ear. 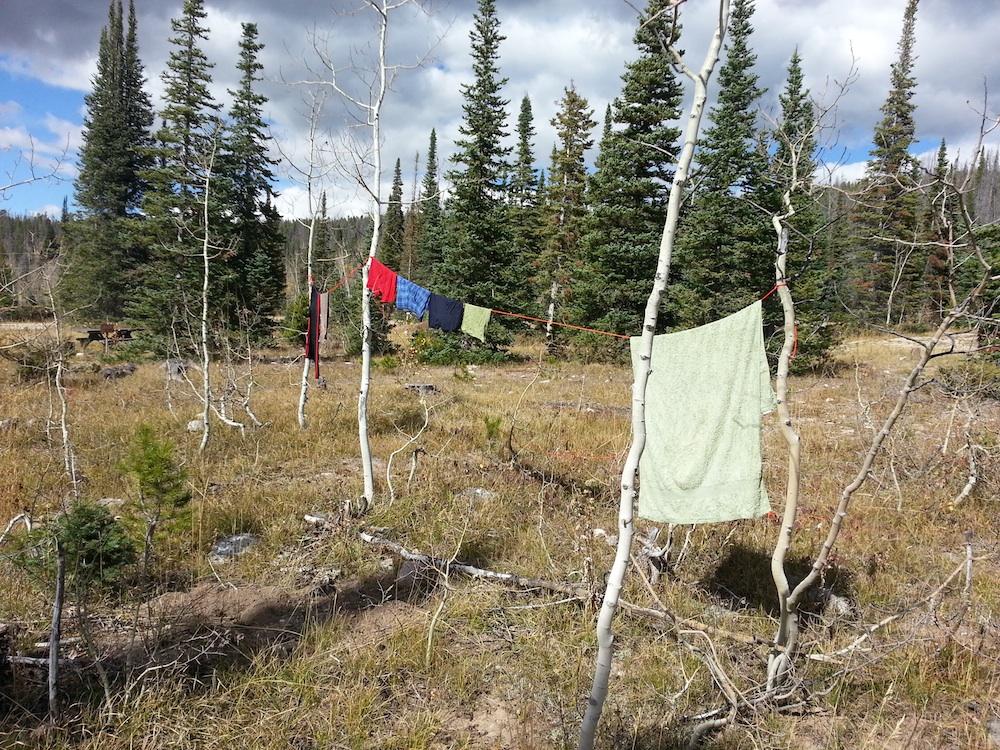