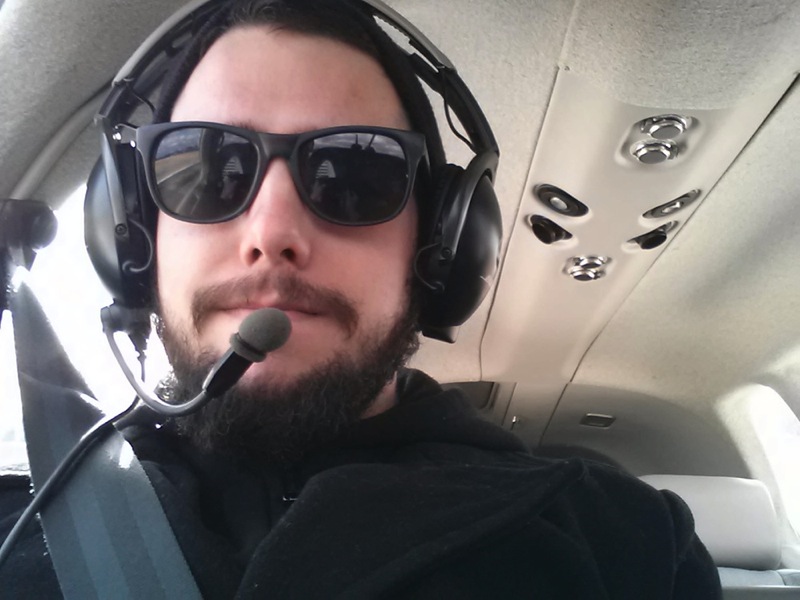 It’s been a good while since I’ve last written. And I feel that you once again are owed an explanation for my absence.

Don’t worry, it’s nothing negative this time. In fact, since I’ve returned to Pittsburgh, life has been consistently throwing me quite the opposite!

Let’s Start from the End…or the Beginning?

Only a few days after I returned home on Thanksgiving Day, I met with a small group of friends at a local bar. One of them, a buddy from highschool, asked me whether I was interested in getting an apartment with him. And the place that he found was a two-bedroom house with a three-car garage out in rural Pennsylvania, for only $700/month…and the lease is monthly, meaning that I can leave at any point I desire.

It was a no-brainer. Absolutely.

After two months, we’ve managed to turn it into a pretty nice pad, if I do say so myself. Everything I could possibly need, and more. 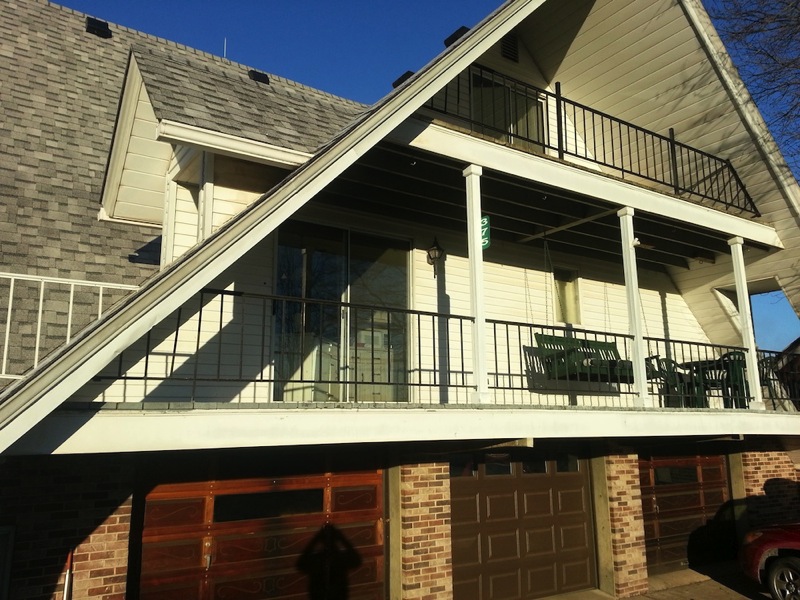 Obviously, getting settled in has taken plenty of my time and energy, though it’s finally gotten to the point where I’m fairly comfortable and developing a routine – albeit a temporary one. But then, as anyone would know, there’s that little thing about paying for the place…

Never fear – things are working out in that part of life as well.

A few weeks after returning home, I was sitting on the couch in my parents’ home, watching a documentary called Slingshot on Netflix. It’s about Dean Kamen, the inventor of the Segway and several other highly influential technologies (it’s an uplifting watch for any entrepreneurial-types out there).

I remember thinking to myself, “I’d love to learn from a guy like that at some point in my life.”

It just so happens that my plan for later that morning was to contact the gentleman that a family friend had recommended I get ahold of. I was looking for some temporary work – to pay for the apartment of course – and he was apparently in need of some help. Something involving an airplane.

I called him, and a few hours later we met up at his office.

Turns out that he’s an entrepreneurial inventor, who’s started multiple successful businesses throughout his life, has filed dozens of patents, and was in need of someone to help him strip the company airplane in order to repaint it (little coincidences like this seem to happen to me all the time now – I’ve learned to just smile and go with it). 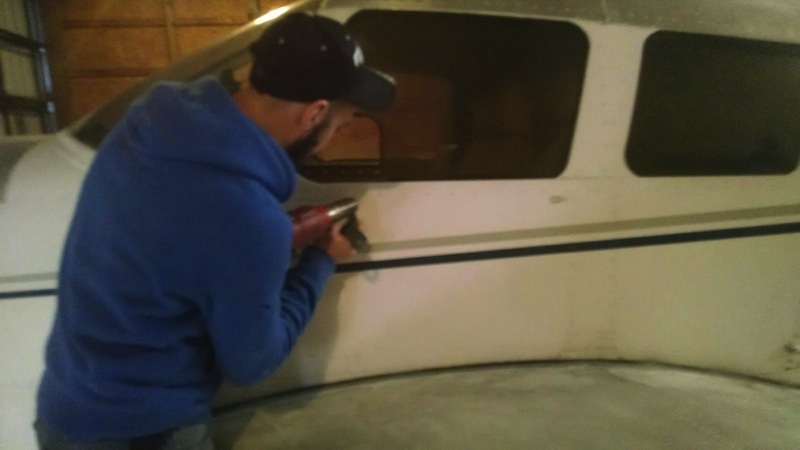 I helped refinish the plane, and have moved on to learn other aspects of his business. I’ve been learning how to use industrial equipment and printing presses – 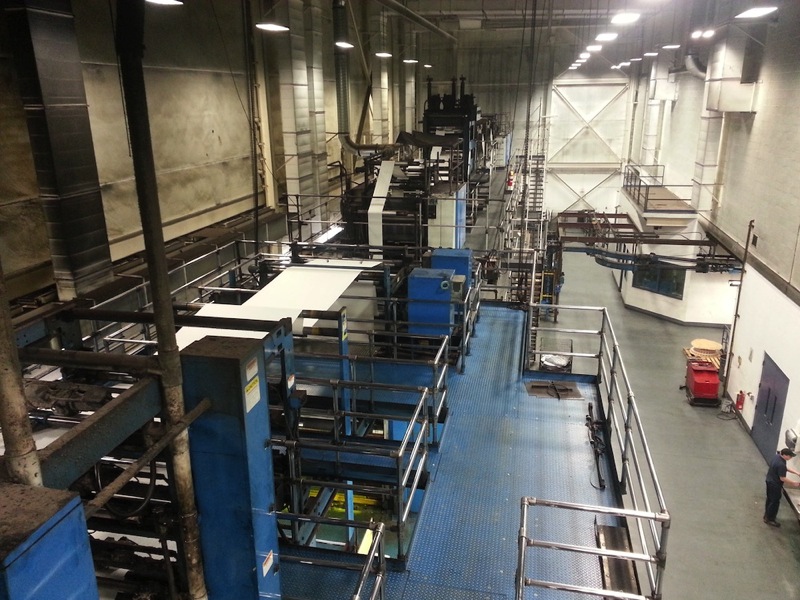 – and have even been given the opportunity to experience a bit of flying, to meet with some of his clients. 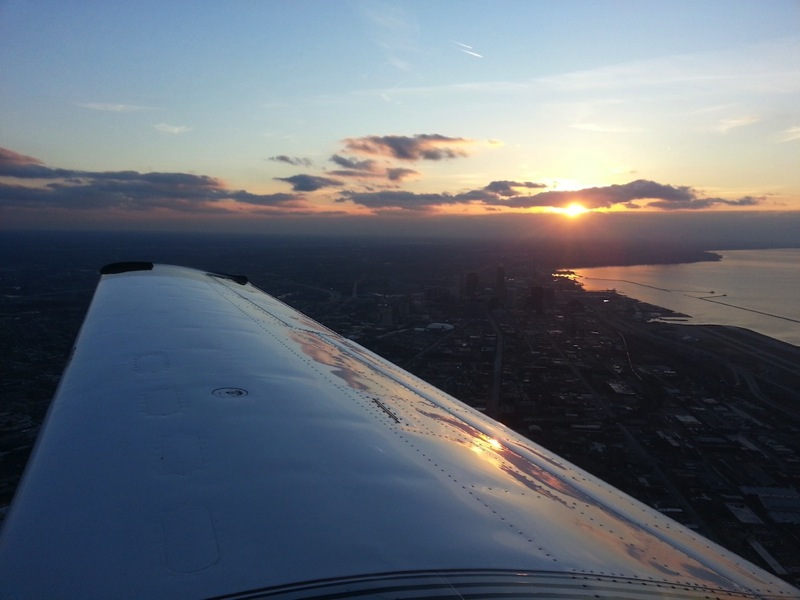 If views like this are what you call “work,” then I’ll take it.

I also had a more recent chance encounter, which has been unfolding into another dream-come-true.

As a child, my dream-career had been to become an architect, allowing me to one day design and build my own creations. But I eventually gave it up, when I chose to listen to what some downer had told me – which was that the first 5-10 years of an architect’s career are spent designing garages and warehouses (so I chose to pursue the audio engineering/recording profession instead – in which you scrub toilets and fetch coffee for the first 5-10 years of your career).

A few weeks ago, my mother received two free tickets to the Pittsburgh Home-Renovation Show, and asked if I’d like to go. It was a great opportunity to spend some time with Mum, so I went (I’ve also learned to say “no” as little as possible – saying “yes” to random opportunities like these tend to lead to more exciting results).

Long story short, I met an awesome architect at the show, whose business seems to be exploding as we speak, and who’s making a bit of a name for herself (though she might not admit it). I randomly told her about my childhood dream of becoming an architect – to which she responded by offering to meet up with me a week or so later to talk more about getting into the field.

We met, and spoke for a few hours. It turns out that we’re on similar wavelengths, at least as far as our core beliefs are concerned, and had plenty to talk about.

In addition, she’s agreed to help me learn her craft, pointing me towards the resources, knowledge, and materials that I’ll be needing to get the ball rolling. There may even be an opportunity later on for me to do some work for her, should I be able to get a grasp on the process!

I’ve already begun to learn the software, and am currently delving into the fascinating world of building substructures and foundational elements.

But Alas, the Truth…

As you can imagine, these “distractions” have stolen a good bit of my time lately. But they’re not the only reason why I haven’t been writing.

I’ve been in the midst of an internal conflict.

Since I’ve been home, I’ve faced a struggle: either utilize the new knowledge and views that I’ve attained from my Journey of Fear, or fall into my old ways of looking at the world – consumed by fear, doubt and hesitation. And it seems to be very easy to go back to old habits.

I’ve had moments of negativity and weakness – as you might have figured out from one of my more recent posts. But I’m happy to report that I’ve begun to fully understand how to implement what I’ve learned into life at home.

My newfound optimism is finally starting to reflect itself back into my life. Awesome things are happening, and for the first time, I’m consistently happy.

No more apologies. I’ve had my time to get settled in. I’ve dealt with the sudden shock of being immersed back into civilized life, and am learning how to properly manage the negative attitudes that seem to engulf our society. For the time being, I’m staying in a fantastic home with an awesome roommate, and have limitless opportunities as far as income is concerned.

I’ll do my best to keep my posts at regular intervals. But if life gets in the way at some point, then so be it – I’ll start posting again the moment that I can.

Just know this: I am determined to finish this story, if it’s the last thing I do. There is far too much value in the lessons that I’ve learned to let them go without being heard. And regardless of whether anyone out there actually reads these posts, I still need to write…

Because reflecting on and writing about my Journey of Fear is the only way that I’ll remember everything that I’ve learned.

Along the way, I’ve met some extraordinary people, had heart-melting experiences, and uncovered seemingly miraculous secrets to living a successful life, which I’m determined to never forget.

So now, let’s talk about Kansas…