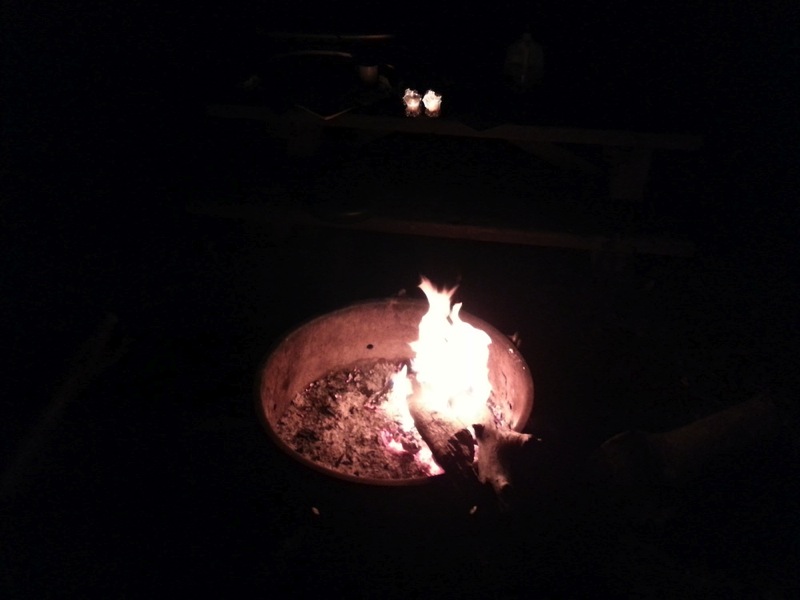 I’ll admit, I was in a bit of a daze for the next 12 hours, as I drove further and further from Hoosier National Forest. I had taken in an overwhelming amount of information over the last three days, and was trying to condense it all down into one key lesson to take away from it. The reality is, however, that I had learned a plethora of lessons from my stay there, most of which I wouldn’t fully understand until later on.

People tend to like simplicity. But when dealing with other humans, you need to remember that they are equally as complex as you are. While the Davidsons and the other couples that I’d met at that campsite had shown me much about the fear that I was trying to escape, they had also taught me an incredible amount about what it meant to love, and how to actually live your life.

But at that time, I was thinking solely about my core goal for this trip. I was determined to find the hidden lesson to be learned from my experience there, regarding the way that I handle my fears.

That day I ended up stopping briefly in St. Louis, Missouri, though only to check out the St. Lewis Archway. I had started to write a novel a year or two ago, in which an important scene takes place between the massive legs of the arch. I felt like I should get a feel for the landscape, just in case I ever finished the book. It wasn’t what I’d expected. 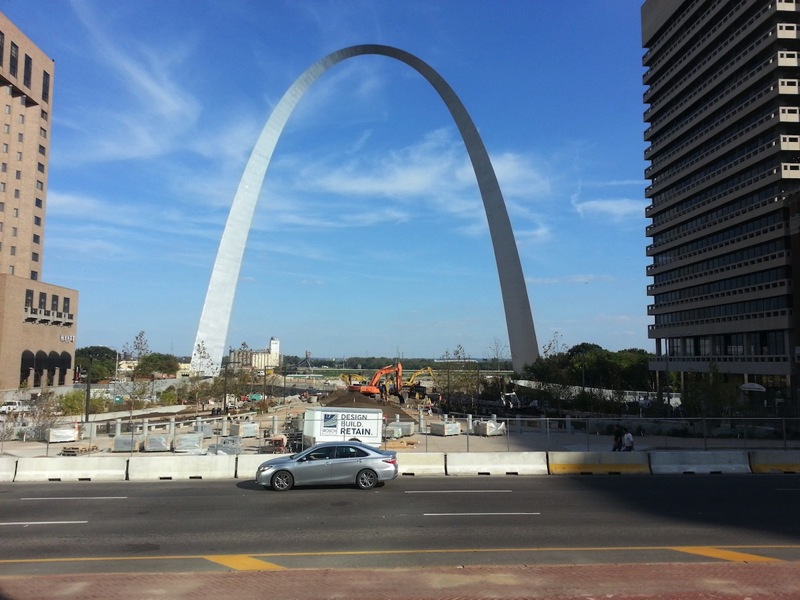 Because I stopped in the city, I didn’t reach my next campground until well-past sunset. I had found it in my book of Free and Low-Cost Campgrounds, at a place called the Danville Conservation Area. It was about an hour and a half past St. Lewis, just off of I-70 West.

Due to my lack of light, I decided to stop at the first campsite that I could find. Fortunately, someone had left a wooden pallet nearby, making a campfire incredibly easy that night. I lazily broke it up into big chunks and tossed them inside the thin metal ring of the fire pit.

So, another confession here: I hold conversations inside my head.

Basically, I tend to trail off into daydreams in which I picture conversations and events as I imagine they’d play out (if there were to ever actually occur). I think it serves as some sort of practice, in the case that I were to ever get into a similar situation in real-life. But mostly, I think it’s just how I work through my issues.

As I sat by the raging fire, I imagined that I was still speaking with that artist at the campground, explaining to her and her husband my stance on all of the conspiracy theories that had been discussed while I was in Hoosier (the couple had been there for at least one of our discussions). Essentially, what I said to her in my daydream went something like this:

“I’ve come to a healthy balance between worrying about all of the scary things that seem to be going on in this country, and ignoring them just enough that I can live a relatively happy life.”

In that moment – just seconds after I had thought the words “healthy balance” – a piece of one of the pallets that had been laying over the rim of the fire ring broke off from the rest of the burning pile. The small piece of board teetered for a moment–

–but then came to a perfectly level balance on the edge of the ring.

The length of the board that was still burning as it hovered over the flames was equal in length to that which hung outside of the fire pit.

I was stunned, not only because of the rare chance that the board would come to a balance on the 1/4″ metal rim, but because of the incredible timing, as it related to what I was just thinking.

But thankfully I shut my mind up and kept watching

As one half of the board continued to burn away, it slowly began to offset the “healthy balance” that it had seemingly come to. Because it continued to burn freely, the mass of the end that hung over the fire slowly withered into ash and smoke, until the entire board tipped and fell to the ground.

You’ve Got My Attention

I’m not sure what or whom it might have been, but I immediately felt like something was speaking to me, answering my question from earlier that day. I then understood what I was supposed to take away from that Hoosier campsite.

Fear is like fire. It will only continue to burn parts of me away, until my seemingly healthy balance comes crashing to the ground.

Regardless of the horrifying evidence I’ve seen in favor of some conspiracy theories, I realized yet again that I couldn’t allow them to instill fear in my heart. I might be able to acknowledge that things could be improved in the world we live in, but I couldn’t expect to find balance – or to solve any problems – while the fires of my fears still burned freely inside.